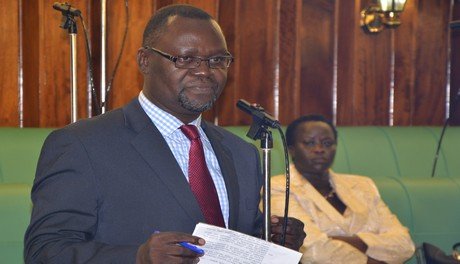 The Committee on Commissions, Statutory Authorities and State Enterprises (COSASE) has summoned eight companies that were contracted under the National Agricultural Advisory Services (NAADS) programme to supply farm inputs to farmers worth UShs 3.9 billion.
The Committee chaired by Hon. Abdu Katuntu (FDC, Bugweri) wants the companies to provide evidence of their supplies, in response to queries raised in the Auditor General’s Report for the financial year 2013/2014.
MP Katuntu said that the interface with suppliers will enable the Committee to ascertain that the UShs 3.9 billion purchased was what the record shows.
“We have to talk to the suppliers because they will give us the list of the beneficiaries,” said Katuntu.
The companies include; Equator Seeds Limited, Victoria Seeds Limited, Grow More Seeds and Chemicals, Pearl Seeds Limited and Tropical Agro and Advisory Services. The others are Farm Inputs Care Centre, Raj General and Balton Uganda Limited. They are scheduled to appear before COSASE on Thursday 22nd February 2018.
According to the Auditor General’s Report, the purchase and distribution of inputs to farmers is not supported by lists of beneficiaries or acknowledgement by beneficiaries.
The Executive Director NAADS, Dr. Sammuel Mugasi, told the Committee meeting on Tuesday that the suppliers procured and delivered maize and beans seedlings and cassava cuttings to beneficiaries in various districts including Bugiri, Kabarole, Bundibugyo, Kyegegwa and Mpigi among others.
“We have goods received notes, delivery notes and cover letters from the Chief Administrative Officers confirming receipt of the inputs,” said Mugasa.
The MPs however demanded for the list of beneficiaries which the NAADs officials did not have.