Will The Next Leader of The Opposition in Uganda’s Parliament Come From West Nile? 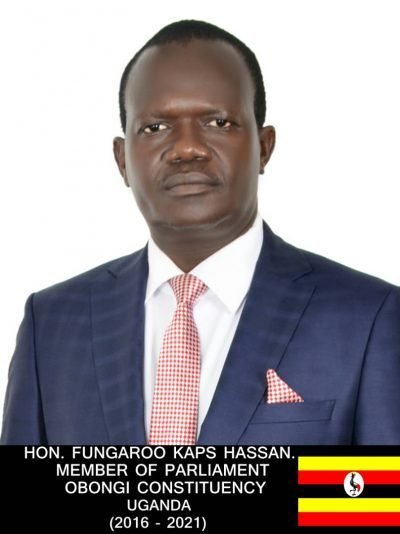 WILL THE NEXT LEADER OF THE OPPOSITION IN UAGNDA’S PARLIAMENT COME FROM WEST NILE?

With exception of the West Nile region, the question of power balance for the position of the leader of the opposition in Uganda’s Parliament has been fairly addressed; the rest of the regions have occupied and served in that position.

In the context of Uganda’s opposition politics ever since it embraced the Multi-Party Dispensation politics, the Forum for Democratic Change FDC which is the main and biggest opposition party in Uganda has since 2006 to date produced leaders of opposition unbeaten.

The first leader of the opposition in Uganda’s multi-party dispensation politics was Prof. Ogenga Latigo who hailed from Northern Uganda in the District of Agago. Prof.Ogenga Latigo served for two terms as Leader of the Opposition.

Unlike other appointments of her predecessors, Winnie Kiiza’s appointment was unique, it was based on merit, and she managed to win for her party FDC five MP seats to the tenth Parliament turning her District Kasese to be a strong hold base of the FDC. This was unusual in the history of the FDC politics having the entire political leadership of the district of Kasese including the LC.V position being opposition. It was a strong blow to the ruling NRM which only managed to secure the position of the town mayor of Kasese Municipality.

However, the sequence of appointments of Opposition leaders to Uganda’s 7th, 8th, 9th, and 10th Parliaments leaves the West Nile region unattended to, hence a big question to the new president general of the FDC Eng. Patrick Amuriat on whether this time round is going to secure the position of Leader of the Opposition to West Nile region.

As pressures build up within the FDC on who is the next LOP, the exercise of appointing the next leader of the opposition will require thorough consultations on whether Winnie Kiiza should be given the second term like her predecessors or not. The decision will call for an assessment of her performance in the two and half years she has been serving as leader of the opposition.

If the exercise of appointing the next leader of the opposition is not well handled, it may cause a major split within the political leadership of the FDC. Apparently the FDC is grappling with a major threat from its former president general Rtd Maj Gen. Mugisha Muntu who on several occasion has been reported of having plans of creating a splinter group from the FDC to form a new Party.

Dissenting voices from some of the FDC MPs who are pro-Muntu are pondering freezing their monthly contributions to the party secretariat in the event the newly elected president general of the FDC Eng. Patrick Amuriat doesn’t offer Winnie Kiiza a second term in office.

Insiders within the opposition in Parliament but pro-Kizza Besigye and Nathan Nandala Mafabi who have spoke to us say the move by pro-Muntu Opposition MPs to freeze their contributions to the party secretariat may not save Winnie Kiiza. Winnie Kiiza is accused by pro-Besigye opposition MPs in Parliament of being a Muntu fanatic. The Besigye opposition MPs clique have all reasons to worry about any of their colleague who din with their former president general Rtd Maj Gen. Muntu, his perceived to be an NRM mall that during day time he puts on the FDC colours and in the night deliberates the Vatican yellow colours.
Why Winnie Kiiza may not return as Leader of the Opposition?
-Save for COSASE, Winnie Kiiza’s appointments of Opposition MPs to the Public Accounts Committee of Parliament has exhibited a lot of incompetence and poor performance of the committee. Under the stewardship of Angelina Osege as Chairperson of PAC and her deputy Gerald Karuhanga have not delivered compared to the performance of their predecessors; the committee has suffered a back log of disposing off reports, what’s not clear is whether committee members are compromised by witnesses, or suffer from technical know how to interpret the Auditor General’s reports or a general weakness.

-Incompetence of the Local government Accounts committee, since the beginning of the 10th Parliament the committee has never produced any report; the committee in question is supposed to hold accountable accounting officers managing public funds at district levels.

-Handling of the presidential Age Limit repeal by the leader of the opposition is another pain staking issue, while there was attempts by some opposition MPs to return the close to 30 million shillings bribe, Winnie is faulted to have failed to prevail over opposition MPs who declined to return the bribe and continued to vote in favor of the repeal.

-Winnie is also accused of failing to push her counterpart the leader of government business to produce business to the house. Since the beginning of this year Parliament has been sent on recess twice due to luck of business to handle. She’s accused of spending much of her time on foreign trips than engaging the opposition in Parliament to come up with constructive ideas to take on the majority ruling Party in the house.
-The opposition under the reign of Winnie Kiiza has suffered the worst perpetual absenteeism scandals often when Parliament is handling sensitive business that requires opposition participation. According to the clock in machine of Parliament records to the clerk’s office and sergeant at arms, many of the Opposition MPs log in and immediately leave the house, the intension is to get their seating allowance but with no work done.

Who are the new kids on the block eyeing the LOP position?
If the FDC president general Eng. Patrick Amuriat doesn’t reappoint Winnie Kiiza for the second term, the talks in the corridors of Parliament points out names like, Hassan Kaps Fungaroo, Regan Okum, Abdu Katuntu, Mathia Mpuga, Ibrahim Kasoozi, Nandala Mafabi, and Prof. Ogenga Latigo.
Why Hassan Kaps Fungaroo?
In the interest of power balance, Hassan Kaps Fungaroo stands a better chance than any of the names mentioned. He hails from West Nile a region that has not produced a leader of the opposition. He has served in the 8th, 9th, and the present 10th Parliament. This is his third term in Parliament as an MP representing the people of Obongi County. His twelve year experience as an MP, Shadow Minister of Defense in the 9th Parliament puts him in a better position to hold the office of LOP in given an opportunity. He has been so instrumental in activism both at the party level and in Parliament.

Fungaroo is the longest male opposition MP from West Nile many of his contemporaries lost in the just concluded 2016 polls.
Why not Regan Okum?
Regan Okum hails from Northern Uganda and that puts him at a disadvantage because of Prof. Ogenga Latigo who has served before as LOP from Northern Uganda. Whereas is among the longest serving members of Parliament with an experience of 25 years in Parliament, his credibility is questionable more so in anger management. He often sounds tribalistic and intolerant yet the office of LOP require a sober person, who commands respect, clean up stirs, tolerant, and a person who believes in dialogue and consensus.
Why not Abdu Katuntu?
Abdu Kantu would be the best candidate for the office of leader of the opposition given his vast experience of 25 years in Parliament, but his not trust worthy. Katuntu having been the shadow attorney general of the opposition he was expected to guide the opposition whenever sensitive bills and motions came on the flow of Parliament, but to the dismay of the opposition MPs he was always caught on the wrong side of conniving with the leader of government business and ended betraying the opposition. So that level of mistrust in one way or the other has to cost him.

Why not Mathias Mpuga?
Mathias Mpuga is a tolerant man and good of him. He also comes from the central Buganda region, a region that has also not been privileged to produce a leader of the opposition under the multi-party dispensation politics since 2006 but the biggest disadvantage of him not to assume the office of leader of the opposition he doesn’t subscribe the FDC which has the majority MPs on the opposition side, two he subscribe to the Democratic Party, a party who’s credibility is questionable. The Democratic Party is perceived to be a partisan party and a mouth piece of Buganda Kingdom that affects Mpuga in a way that people look at him as a person who looks at Uganda in the context of Buganda.
Why not Ibrahim Kasoozi?
Much is not known about him and he has not been tested in understanding politics in Parliament.
Why not Nandala Mafabi and Prof. Ogenga Latigo?

This leaves the newly elected president general of the FDC with no option but to find a suitable LOP from the opposition MPs hailing from West Nile.