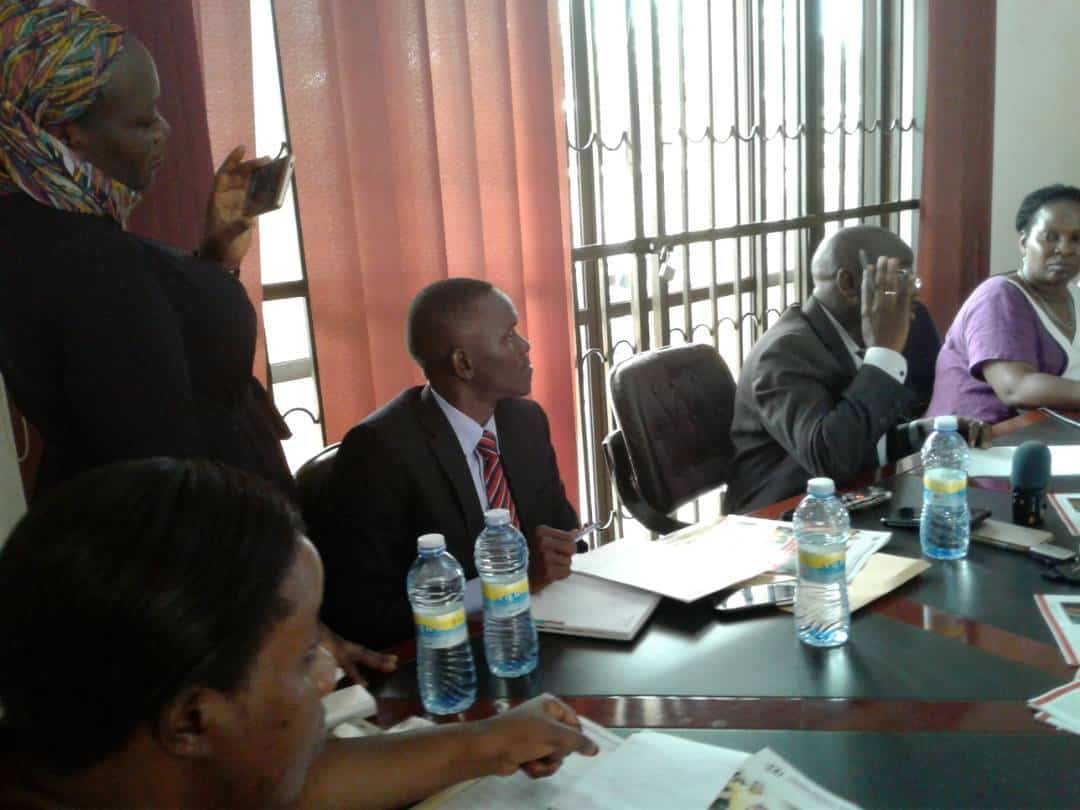 The Civil society coalition in defense of constitutionalism and rule of law is greatly concerned with the continued violation of the constitution by the judiciary following what they term as the illegal transfer of Age limit court proceeding from Kampala to Mbale.

Reading a 22 CSO member joint statement today at a press conference in Kampala, Andrew Karamaji states that the act by the deputy chief justice to transfer the court from the scene of crime violates article135 (3)(b)and 137 of the constitution noting that the process was not consultative as it should have been hence the need to have the decision reversed.

Speaking to the executive director, Great lakes institute for strategic studies, Godber Tomushabe, on the matter, he states that this is a systematic effort by the state to defile Uganda’s constitution as already witnessed through selfish amendments in parliament and now its the judiciary that has joined the wagon to rape the constitution in broad day light.

However, the executive director center for constitutional governance, Sarah Birete andCatherine Kandahika the executive director, DENIVAquestion the extravagancy the judiciary is exposing itself to by transferring the proceedings to Mbale yet they are on record crying that they are always under funded by govt, and yet with this case, they are to be spending over UGX.125 millionper week. They want this extravagance checked and call on Ugandans to move to Mbalefor all the proceedings to show their interest in the matter.Birete says, “ The costs that will be incurred during the transportation and maintenance of judges, counsels from the attorney general’s offices and support staff is an unnecessary expenses on the tax payers” and it’s not clear how these unplanned expenditures will be funded.

The citizens’ coalition on electoral democracy in Uganda is questioning why the state is always closing out Ugandans on critical debates that always go on in their country with the case in point being the Age limit debate in parliament and now the transfer of the court proceeding over the same matter.

The national coordinator,CCEDU, Chrispy Kaheru says, what is going to happen is to add another proof that the state has completely distanced itself from the citizen who matter in all the issues that are going on in this country.

Kaheru says parliament and executive are completely away from or do not have a feeling of what the citizens are going through adding that transferring the court proceeding from Kampala to Mbale, ”makes the event a side show yet it’s the main event for Ugandans” and now calls on Ugandans to reject such illegalities.

The age limit saga saw over 20legislators suspended by the speaker with other hospitalized and jailed even when 85%Ugandans had vehemently opposed the scrapping of Age limit.

Massive Crowds Rally Across US to Urge Gun Control