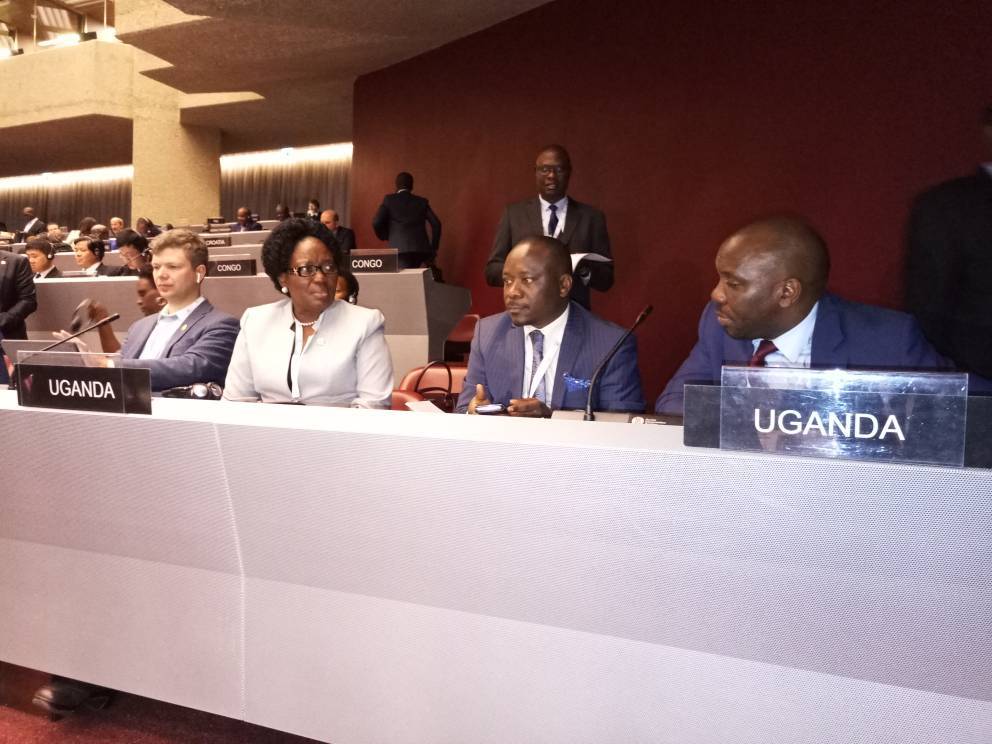 Share on FacebookShare on Twitter
Kadaga blames African leaders for worsening refugee crisis
Speaker Rebecca Kadaga has criticized African leaders for the inux of mainly
African refugees to Europe and North America.
Kadaga said African refugees make dangerous crossings through the
Mediterranean, eeing harsh economic conditions and conicts in their
countries.
“Today, many of our countries are independent, yet the violation of human
rights, insecurity, exclusion from social and economic opportunities, conict,
injustice and corruption have caused the involuntary migration of millions, to a
life of uncertainty, torture, slavery and incarceration in squalid conditions and in
detention camps in Europe,” said Kadaga.
Kadaga was speaking at the 138th Inter-Parliamentary Union Assembly in
Geneva under the theme “Strengthening the Global Regions for migrants and
refugees; the need for evidence based policy sol
Kadaga hailed Uganda’s refugee policy, but said the United Nations High
Commission for Refugees (UNHCR) should extend infrastructure and
environmental support to the country.
“Our hosting of refugees has come at a cost in terms of the destruction of the
environment. The refugees do not come with 8rewood from their countries; they
have destroyed our environment. It is important the UNHCR puts in place re-
a9orestation programmes for the host countries,” said Kadaga.
Uganda has been hailed as an ideal refugee hosting country, a credential
boosted by the Refugee Summit held in June 2017.
In presence of international dignitaries including the Secretary General of the
United Nations Antonio Guterres, the country raised over $350 million. In the
recent past, up to 13 million Africans have endured the deadly journey through
the Mediterranean and other dangerous routes to Europe, with many living under
constant threat of arrest and deportation.
Experts blame the growing number of mainly African immigrants to Europe on
harsh political environments, unemployment and the ever growing population.
The Speaker also took a swipe at the international community, whose
‘intervention’ in African conicts, she said, have resulted into worsening of the
crises. She cited Libya to make a case for the ‘ill-informed’ intervention in African
conflicts.
East African Legislative Assembly Speaker, Martin Karoli Ngoga said Parliaments
should address income inequality, which he said is a main cause of ‘refugeeism’.
“It is imperative for Parliaments to ensure that the Member States and regional
blocs re-aBrm commitments to the observance of peace and security, and
address inequalities and parity to resource allocation,” said Ngoga.
The conference comes at a time when rightist anti-immigration parties are
having growing political inuence in Europe and the Americas.
Previous Post