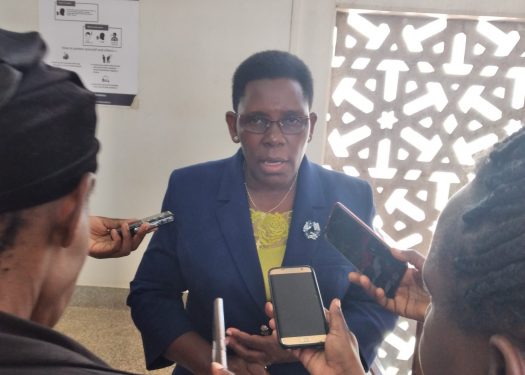 Minister of State for Public Service Hon. Mary Grace Mugasa has attributed the delay in payment of pensions to some people who keep changing their years to remain in public service.

This according to the minister has distorted government system and budget planning of human resource whenever people keep changing years.

She said that when such people reach Public Service with new identity to access their pension they already messed up the system  leading to delays.

She added that those who admit to changing their years are helped to access payment but those who are still vigilant wanting to maintain themselves in the public service system keep pending.

The Minister also blames some of the district’s local  accounting officers for delaying to submit the list of claimants to public service for budget planning, because some of them submit when its  late, hence calling upon them to ensure that claims are submitted on time to help with proper budget planning.

She notes that there are 4000 people who were unclear in the public service payroll and their cases were handed over to the IGG for investigations, those who  will  be cleared will access the payroll but those who are not innocent will be taken to courts of law the minister said.

She also urges those who claim payment, to do it genuinely, saying that some people claiming payment have not worked for 10 years in the government to be able to get a pension, and or absconded but still claim a pension.

“Some of those people who claim, reversed their years, when it’s about to clock 60, they make sure they rewind by two years then it distorts everything Minister noted.