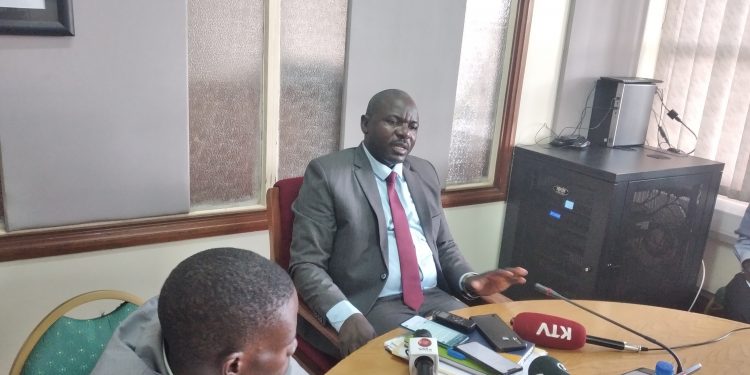 Parliament’s Sub-Committee on Defense and Internal Affairs has summoned Uganda Land Commissions registry commissioner, Peter Opio in regard to the mismanagement of police land in Naguru.

The Sub Committee chaired by Donozio Kahonda the MP for Ruhinda County was recently set up by Parliament to investigate the reported mismanagement of police land. The summoned Uganda Land Commission (ULC) officials are expected to respond to issues pertaining to land measuring 16.52 acres located at Plot 2-96 along Katalima road in Naguru . This is after a discovery by the committee that the land in question which was 2011 leased to the United Nations African Institute (UNAFRI) for the Prevention of Crime and the Treatment of Offenders (UNAFRI) for 99 years was later irregularly subleased by ULC.

The secretary of Uganda Land Commission Andrew Nyumba appeared before the committee and asked the parliamentary subcommittee probing Uganda Police Force land management to grant him more time to look for critical documents required for the ongoing inquiry.

It’s alleged that the ULC issued double ownership of land titles and leases on the same pieces of land which are illegal. However, chairperson Kahunda directed that the ULC officials reappear before the committee next week on Tuesday with all necessary documents.

Appearing before the same committee yesterday, police leadership led by Assistant Inspector General of Police Richard Edyego asked parliament to help police to repossess its 7.8 acres of the land which UNAFRI subleased to private business entities such as YUASA car bond and Future Group Limited in Naguru.