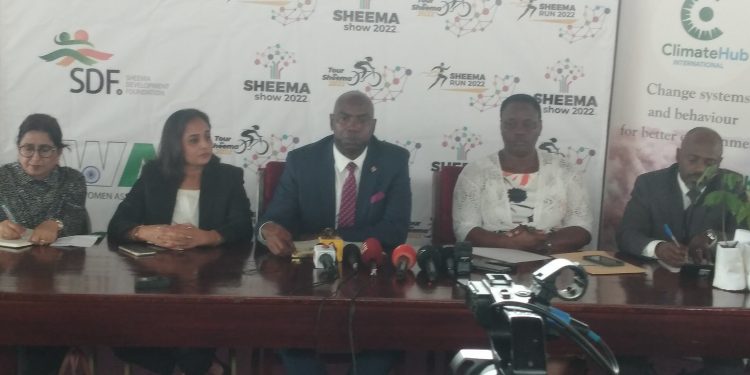 Members of Parliament representing constituencies in Sheema district have organized a Sheema trade and agricultural show with the aim of building the capacity of farmers in preparation for utilization of parish development money.

Sheema District is among those districts that have already received the first bunch of Parish Development model funds.

Addressing the press in Kampala , the Sheema Municipality member of parliament Dickson Kateshumbwa noted that although all Parish Saccos have received the Parish Development Funds of shs25m that was released by government last week, many of the beneficiaries lag behind in terms of capacity building. He believes the Trade fair will help enlighten farmers on proper utilization of the funds.

Kateshumbwa noted that the show was last held 30 years ago and it used to impact well on farmers in the district.

He says it’s a big platform that will be used by farmers to display their agricultural produce innovations which will be used to train other farmers on the best practices.

The Sheema District woman MP Rose Mary Nyakikongoro says that the show will also enable the district to showcase the unique products in the area. She is concerned that whereas people of Sheema, especially women, have been so hardworking in-terms of farming and value addition, they are struggling with markets for their products.

Legislators including Kateshumbwa of Sheema Municipality, Naome Kibaaju MP Sheema North and Rosemary Nyakikongoro the District Woman MP also plan to hold the Sheema run to raise 300 million shillings to finish the building of the district hospital ward to treat 1,000 people that are battling non-communicable diseases.