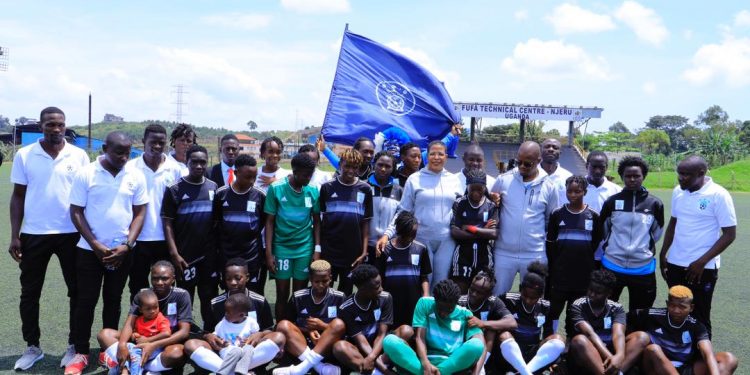 Speaker Among calls for more Women in Sports.

Speaker Anita Among has called for more women’s involvement in sporting activities which she says shouldn’t be a monopoly on men.
She said that Sports have the ability to drive gender equality by teaching women and girls teamwork, self-reliance, resilience, and confidence to compete favorably with men, defying gender stereotypes and social norms.

She made the remarks after a football game between Kampala Queens FC and Olila High school FC in the FUFA Women Super League at FUFA Technical Centre Njeru.

“Women too have unmatched potential in sport. We can close the inequality gap between men and women if we get involved in such games that were predominantly known to men. I call upon other women to follow suit.” She said.

Ms. Among pledged to lobby for more support for the Sports fraternity, especially to the benefit of the girl child which she says will reduce the gender imbalance that exists when it comes to the rate of participation in sports.

FUFA President Moses Mogogo, who also witnessed the game that climaxed with a 2-0 win in favor of Kampala Queens, commended the Speaker for her unwavering efforts in supporting talent in Uganda.

The FUFA Women’s Super League is among the top women’s domestic football leagues in Uganda that is sanctioned by the Federation of Uganda Football Association.

Uganda wins big in EAC inter- Parliamentary games. Uganda has dominated and is poised to reclaim all titles in the...