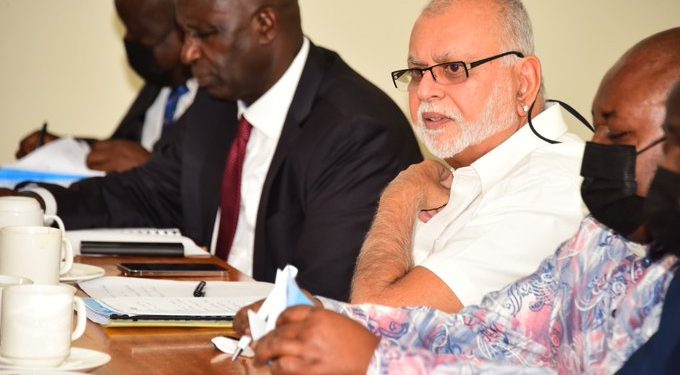 City landlords have asked the parliamentary committee on physical Infrastructure to drop clauses in the Landlord and Tenant bill of 2021 which prohibits charging rent in dollars.

Sudhir Rupaleria and Godfrey Kirumira also want the provision which compels landlords to provide Yaka meters to each shop deleted, saying it’s a duty of UMEME to provide electric meters.

While appearing before the parliamentary committee of Physical Infrastructure to submit their thoughts on the Landlord and Tennants Bill of 2021 under scrutiny, City landlords and Property developers led by  Sudhir Ruparelia and Godfrey Kirumira protested the clause which prohibits landlords from charging rent in dollar currency.  They want tenancy agreements in which the landlords agree with their tenants to pay rent in dollars to be recognized by law.

However, Committee members have vowed to maintain this provision in the law, emphasizing that it’s even prohibited in other laws of the land to make agreements in foreign currencies.

Landlords are also opposed to the provision that compels landlords to allocate yaka meters to every Tenant on commercial premises saying it’s the mandate of UMEME to allocate Yaka meters not them. However, the committee insists that the clause is important to protect tenants against landlords who use bulky metering to exploit them through overcharging.

Although KACITA asked the committee to cater for emergency circumstances like lockdown to provide for rent arrears, City landlords have rejected the proposal, saying their expenses to maintain buildings remain constant.

City landlords have asked the committee to make it mandatory for landlords to make tenancy agreements with their Tenants.