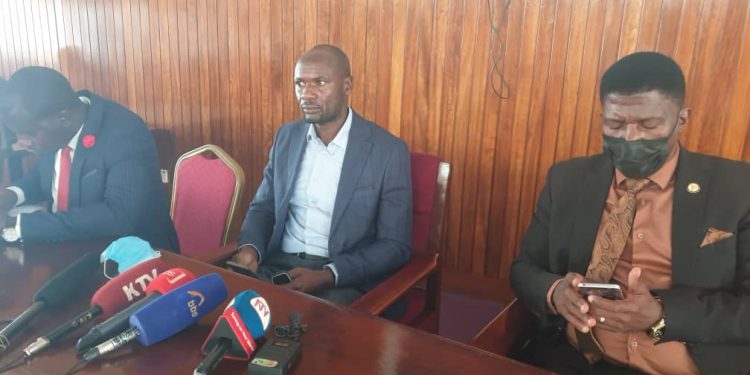 Members of parliament have asked the speaker of parliament to convene a special session to debate and draw solutions to the escalating fuel prices that have triggered price increment on other goods in the economy.

The committee of Trade and Tourism has summoned the minister of Energy and mineral development to explain government plans to harmonize pump prices.

Addressing journalists at Parliament, a section of members have cried out to the speaker of parliament to convene a special sitting to debate the fuel crisis.  Legislators are concerned with the skyrocketing fuel prices and want the national assembly to discuss a way out.

The pump prices in Kampala have spiked, with a liter of petrol ranging as high as 4,450 Shillings to 5,000 Shillings while diesel is quoted at 3,999 Shillings to 4,200 shillings per liter. MPs accuse the government of doing less to protect Ugandan consumers of fuel from exploitation and call for the establishment of an authority to regulate fuel.

Legislators also fear that the fuel crisis is going to paralyze the festive season and deprive many Ugandans of an opportunity to go to villages for the Christmas holidays. The spiking fuel costs have triggered an increment of transport fares to almost double.

The Igara West MP Mbwatekamwa Gaffa has been stopped at parliament gate as he was driving to parliament on a motorcycle saying he no longer affords to fuel vehicle.  Mbwatekamwa regrets buying a posh car out of the 200 million shillings grant that was extended to MPs to purchase vehicles saying he has parked it due to costly fuel.

The parliamentary committee of trade and tourism chaired by the Mbarara South Division MP Mwine Mpaka has summoned the ministry of energy to explain the skyrocketing fuel trends and available interventions.

In July of this year, the government slapped another excise duty tax of 100 shillings per liter of fuel after the public protested the annual license fee of 200,000 shillings on all car owners which was proposed by the ministry of finance.