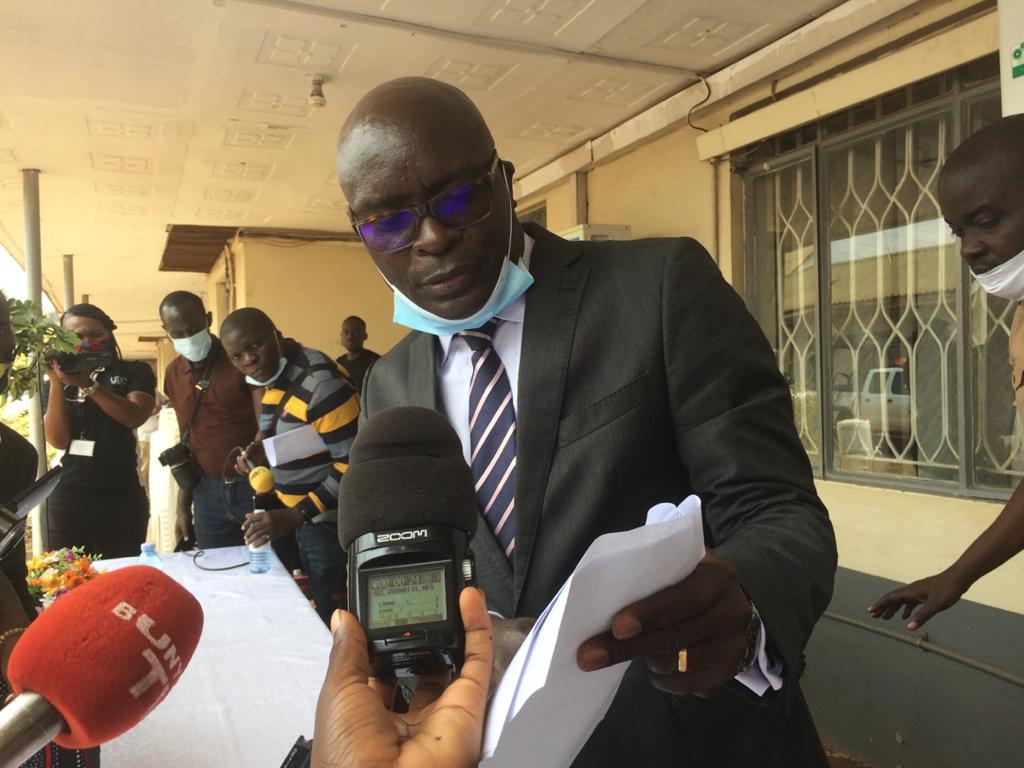 The electoral commission is reminding political candidates to follow the set plans while holding campaigns during their campaign trails.

In a meeting held today with candidates’ representatives at the commission head offices in Kampala, the chairman Justice Simon Byabakama stated that the presidential elections Act is very clear on how the candidates should conduct their campaigns.

And on this point he mentions that some candidates are making stop overs where they are not supposed to and hold campaigns which is out of the agreed upon campaign road map.

He further says the stop overs have seen candidates pull crowds which don’t mind about observing the covid19 SOPs putting lives of the candidates and supporters at risk.

National Unity Platform secretary General Lewis Lubongoya while speaking to the press challenged the commission for not reigning on the high handedness of the security organisations which have made it a habit to disrupt their rallies in the guise of enforcing the SOPs yet the NRM is left to do everything as usual.

FDC’s Patrick Amuriat Oboi, Gen. Henry Tumukunde, Gen. Mugisha Muntu (ANT), Joseph Kabuleta are the presidential candidates among the 11 who have tested police and military brutality in the two weeks of holding political campaigns. The brutality has left their supporters nursing serious wounds.

Several groups ranging from electoral, legal experts and other concerned citizens have on many occasions called upon the electoral commission to come out and give extra guidance on how the candidates and the security should conduct themselves during the campaign process.

Meanwhile, the inspector general of police Martin Okoth Ochola has directed all police commanders across the country to break up all illegal political campaigns outside the scheduled venues as per the electoral commission roadmap with anyone found to be contravening the schedule be arrested.

Covid19 cases on Uganda are now over 1400 with 144 deaths since the first case was confirmed in March this year.

Uganda will be going to the polls on 14th January 2021 to elect the next president with the tight race between the incumbent Y.K Museveni (NRM) and Hon. Kyagulanyi Sentamu Robert (NUP)

2021 Results Should Reflect People’s Will. US