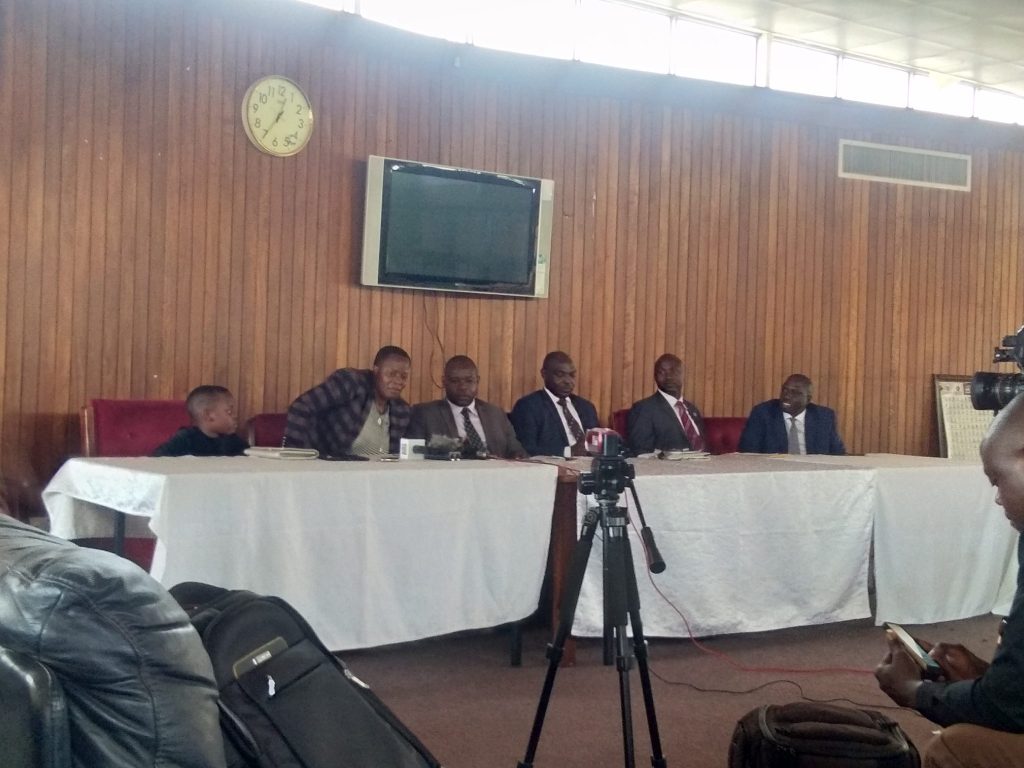 A section of out spoken National Resistance Movement (NRM) legislators and some independents have vowed to block the proposed private members bill by a section of the NRM caucus MPS to amend the constitution to remove the age limit .

The NRM mps who include Buyaga west Mp Barnabus Tinkasiimire ,Lwemiyaga county mp Thodore sekikubo ,manjiya mp John Baptist Nambeshe ,Dokolo south mp Felix okot Ogong and independent mp like kampala central mp Mohammed Nsereko said that they will use all means in parliament to stop the greediness of some NRM mps who want to remove age limit from the constitution.

In a meeting conducted at parliament by NRM commissioners and some ministers , NRM mps parliament NRM mps on Tuesday this week overwhelmingly supported the constitution amendment saying that there are some articles in the constitution that are inconsistent.

The Buyaga west mp Barnabus Tinkasimire says it’s not true that all NRM mps are in support of amending the constitution as some of them were not even invited to the meeting.

Tinkasimire says that amending article 102b is not the most important thing right now and instead the party should be discussing who will be president Museveni’s successor in the party as some of them have only been preparing for this time.

The Lwemiyaga mp Theodore Sekikubo says that NRM mps who support the amendment are not genuine and these are opportunists who are trying to ensure the president notices them so that they can become ministers as rewards.

Sekikuubo says that its time the president came out and inform the country where he stands and should stop using mps to mess around with the constitution and the elecorates.

The Manjiya county mp John Baptist Nambeshe notes that its surprising to see that when articles affecting individuals in the constitution emerge, they are amended and says its time to test the constitution.

The Dokolo south mp Okoth Ogong expresses his disappointment by the direction the country is taking and says he would like the constitution to be duly respected.

Kampala central mp Muhammad Nsereko wants religious leaders to come out and speak against the amendment as they did on article 26 which targeted government acquiring private land with out prior compensation.

The shadow attorney general Wilfred Niwagaba says that he hopes sense will prevail and Ugandans will use the same amount of resistance they used on the amendment of article 26 concerning acquisition of land so that this amendment can also be thrown out.

Just yesterday a big number of NRM legislator came out boldly to declare their huge plans to present a private members bills on the matter to lift the age limit of the president something the country has also opposed since its introduction by Hon. Simeo Nsubuga and his fellow party member.

The opposing legislators are of the view that parliament sets up a referendum on this contentious issues for the electorates to deside.