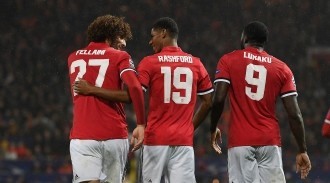 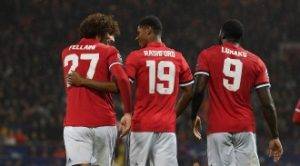 Manchester United manager Jose Mourinho was naturally delighted to see his side make a winning start in the UEFA Champions League against FC Basel on Tuesday.

Speaking to MUTV and BT Sport after the 3-0 win at Old Trafford – which came courtesy of goals from Marouane Fellaini, Romelu Lukaku and Marcus Rashford – Mourinho was asked about the game, the goalscorers and the injury sustained by Paul Pogba.

Here are the main points from the manager’s two post-match interviews:

“When you start the group phase, it’s always important to win. I think we played very stable, with confidence, with patience, with good choices and I would say we played quite well. After it became 2-0, I think everything changed, we stopped making the right decisions on the pitch and could have put ourselves in trouble but Basel didn’t score and then the third goal came. The players probably felt the game was under control at 2-0 but football is football and you have to respect the opponent. I don’t know if the goal difference is going to play a part, the three points is the most important thing. Overall, the performance was solid and the three points are very important for us.”

“Three points at home to start, and the chance to finish the group phase at home against CSKA Moscow, I think it’s good. We have three points in our pocket and the last [group] match is at home, so if you need that match to qualify, it’s better to be at home than away. In the middle of that we obviously have three away matches and they are important – we need to get points in these matches.”

“[He showed it] again, and the supporters understand that. I’m really pleased for him because, since I arrived, he’s trying to give absolutely everything to me, to the team and to the club. I couldn’t be more pleased with him; I was trying not to play him today because he comes back from an injury, but with the Pogba injury I had no option. I felt it was also good for the profile of the game against a team that was defending with five at the back and with a big accumulation of players in the box. I felt his strength in the air could be an option for us, so I’m pleased for him.”

“It’s good. If you ask me who I prefer to score goals, I would always say the attacking players. Not myself but many people judge performances on goals, so for them to be scoring goals at the beginning of the season, I think it’s nice for them.”

YOUNG – A WINGER AT RIGHT-BACK

“He did well. It’s quite trendy now, teams playing with five defenders, sometimes we like to say three, but I only see them with five. He gave us what Antonio would give us, I think they are both very good. But Antonio, after playing in Brazil and Ecuador and then Stoke, I felt that Ashley could do the job perfectly and he did it.”