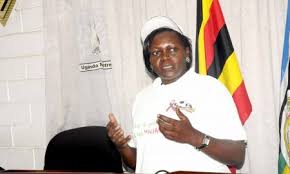 The state for health minister Sara Opendi reveals government plans to table the national laboratory bill before parliament hoping that if enacted into law will regulate laboratory services for both public and private health facilities so as to reduce on the case of giving out wrong test which stands at 50%.

According to the health ministry, wrong test results contribute to wrong treatment which then contributes to drug wastage and sometimes death as patients are administered with wrong drugs.

The minister says that this has continued to cost govt and the population and needs to be handled with at most attention if the country is to have better laboratory services for quality treatment.

She again warns doctors in regional referral Hospitals to stop nelegleting their duties and resort to soliciting for money from patients before they are attended to.

Last month Sarah Opendi disguised as a patient, went to Naguru Hospital while wearing veil and was asked for money from medical officers at the hospital whom she later arrested after giving them the bribe.

Opendi while speaking at the event to mark the Labalotory Day at ministry of Health said she won’t let medical officers who are recruited to offer service to the patient for free but instead start soliciting for money which could render the less privileged not to be attended to by the doctors.