317 Vote in Favour of Article 102 (B) to lift Presidential Age Limit,As Term Limit is Restored 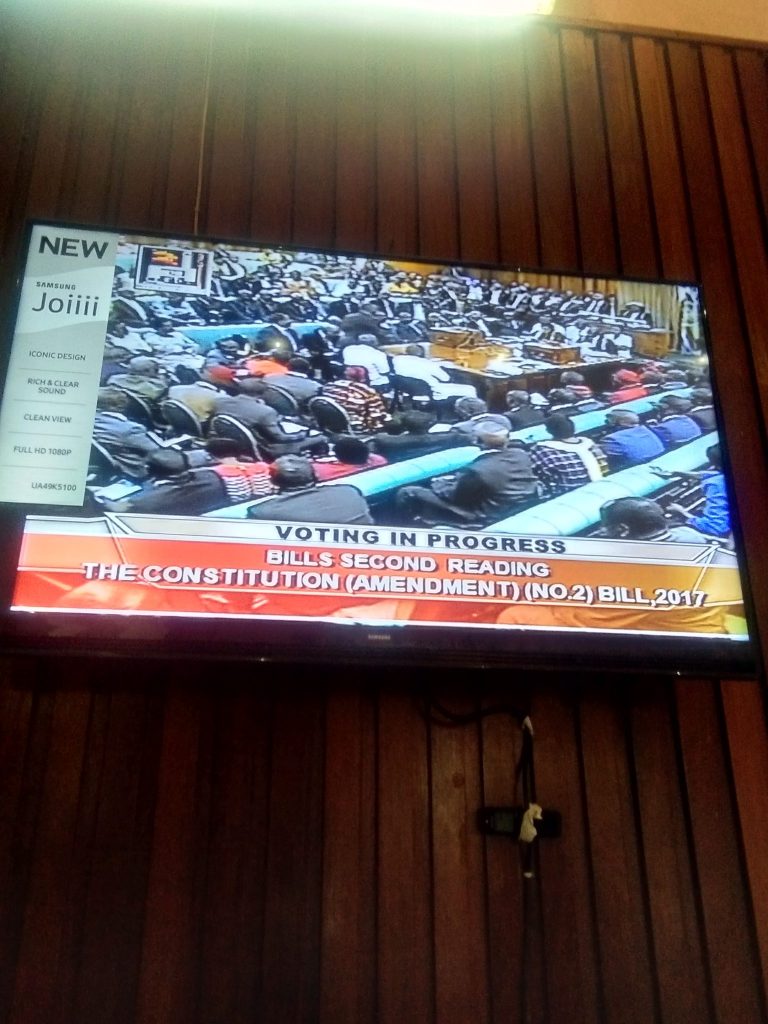 317 MPs have voted in favour of the Age limit Bill being read for the second reading and now at the committee of the while house going on.

article 262 of the constitution requires two-thirds of the total number of Members of Parliament with voting rights to amend any provision of the constitution like articles 102(b). 61 among others.
79 members of parliament maily from the opposition and some Independents voted against the Bill, 2 people abstained.
The required number to pass a bill is 280 ,but the number supeesed the required number.
Parliament also passed the amendment  to retore the term limits  in clause
(5 )and  extenstion  the tenure of MPs from 5 years to 7.
The MPs include James Kaberuka, Lowila Oketayot, Patrick Nsamba, Susan Amero, Anthony Ssemuli, James Acidri, Theodore Ssekikubo, Denis Sabiiti, Connie Nakayenze, Chemutai Evelyn, Gafabusa Richard who even signed the main report of the legal parliamentary affairs committee.
People were surpeised that opposition independents like Beatrice Anywar and Anita Among voted in favour of the Bill.
Previous Post