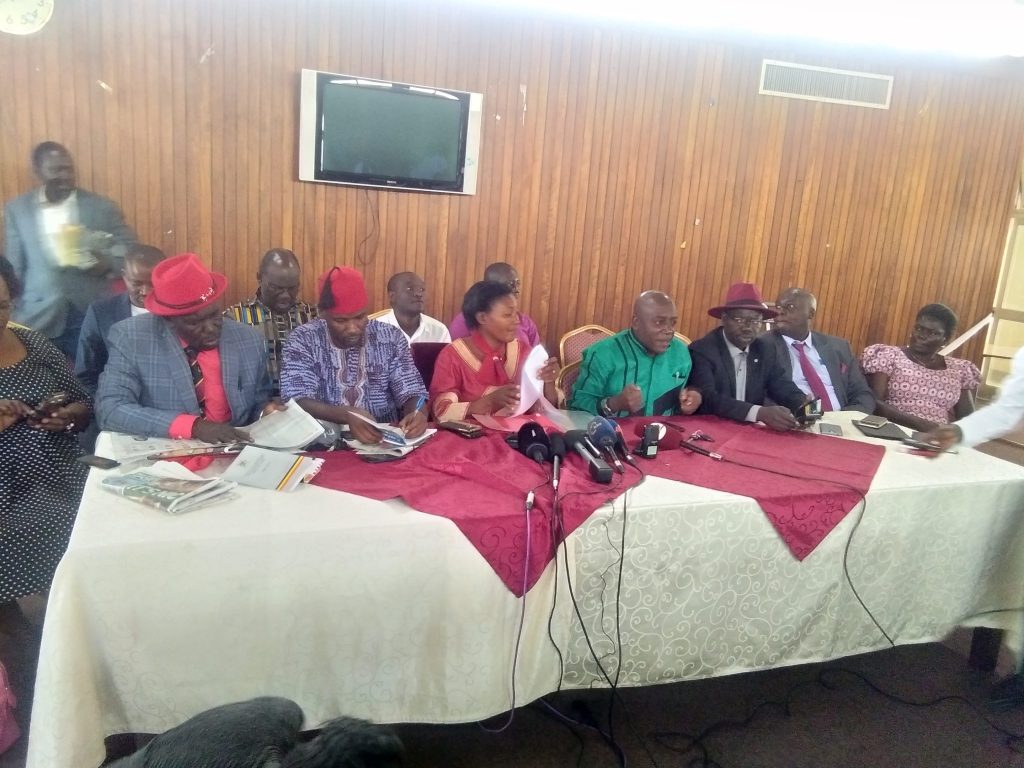 The leader of opposition Winfred Kizza has saluted MPs who voted against the Amendment to remove the age limit of the president from the constitution.

” Dear Ugandans ,I salute my fellow members that were able to stand with you as we defended the constitution, we shall hold dearly your views and believe your voices will continue to awaken the conscious of those that betrayed your trust Winnie noted”.

Addressing journalists at parliament,  together with some of members who Opposed the Bill ,Kizza said that, the whole process was illegal and  they will challenge it in courts of law.

She urged Ugandans not lose hope, as they launch another campaign dubbed “Kogikuteko”.

She Said that  they will move across the country telling Ugandans how bad the law is.

317 Vote in Favour of Article 102 (B) to lift Presidential Age Limit,As Term Limit is Restored