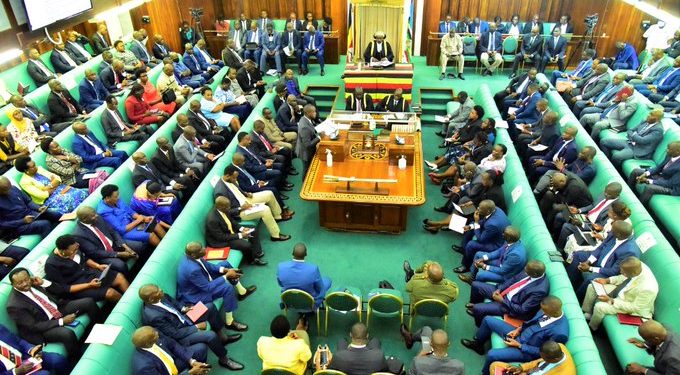 The Minister of State for Lands, Housing and Urban Development, Hon. Persis Namuganza, has been censured.

In a tally of 356 votes, 348 voted to have the minister censured, and five MPs voted no with three abstentions.

Censured ministers do not necessarily lose their seats, although the Constitution envisages that the minister against whom such a motion is carried resigns.
“Upon a vote of censure being passed against a Minister, the President shall, unless a Minister resigns his or her office, take appropriate action in the matter,” reads Article 118(2) of the Constitution.

A Hon. Mwine Mpaka led Committee formed under Rule 109 of the Rules of Procedure to establish whether a prima facie case has been established against Namuganza and returned in the affirmative.

The committee unanimously found her to be in violation of her oath, and that her conduct satisfied the grounds in Article 118 of the Constitution.

He added that it was an attack  on the person of the Speaker and the Parliament without due regard to the Rules of Procedure, the protected status, the procedure of redress, the applicability of privilege and decorum of the House,” read the committee’s findings in part.”

The minister declined to appear and defend herself in both the committee and in the House, choosing to instead say the matter is before the court and therefore sub-judice, a view repeated by her lawyers who sought to halt the proceedings on the same ground.
Hon. Laura Kanushu (PWDs, NRM) who voted in favor of the motion, said the censure of the minister is because she violated the Rules.
“This is not just about Hon. Namuganza, it is about our Rules of Procedure; how can you be asked to appear before a Committee of Parliament and you say you cannot appear before the Committee?” she said.

The absence of the minister and the entire Cabinet from today’s meeting was raised by Hon. Enos Asiimwe.

Deputy Speaker Thomas Tayebwa, however, guided that the Order Paper was released on Friday, 20 January  2023 and that there was no message from the Executive to communicate their absence.

The Speaker will, in 24 hours and pursuant to Rule 109 of the Rules of Procedure, relay to the President the decision of the House, who will ‘take appropriate action’ as required under article 118(2) of the Constitution. 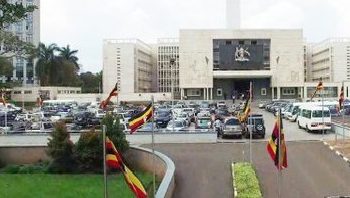 Statement On The Retrival of A Government Vehicle From The Residence OF Hon Francis Zaake. The Parliamentary police on Thursday...