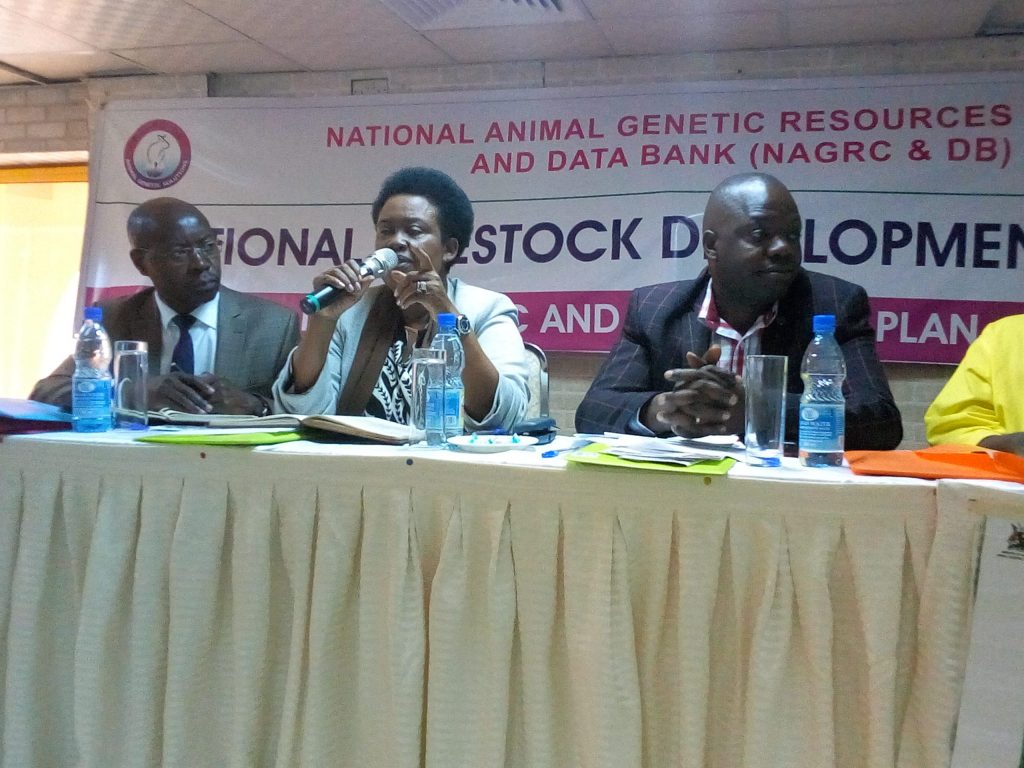 Ministry of agriculture, animal industry and fisheries (MAAIF) officials have been urged to work closely with all eight MAAIF`s agencies to help people transition from subsistence to commercial orientation. These were the opening remarks for the sector minister, Vincent Bamulangaki Ssempijja during a one day workshop organized by National Animal Genetic Resources Center and Data Bank (NAGRC & DB), at Hotel Africana in Kampala today 20th/10/2017.

The minister said Ugandans are aware that agriculture is the mainstay of the Country`s economy, employing 65.8% of the Labour force, and contributing 21% of the GDP. He added that livestock sub-sector contributes about 17% of the national agriculture Gross Domestic Product hence, the need by MAAIF to put in more efforts and ensure the sector achieves its intended goals.

He encouraged NAGRC & DB management, staff and the Board to take issues of strategic partnerships, collaborations and networks seriously to bolster its efforts and impact. “Uganda aspires to transform agriculture from subsistence to commercial farming, with specific emphasis to aquaculture and livestock. This can only be enhanced by continued investment in technology improvement through research for improved seeds, breeds and stocking materials”. Ssempijja said.

State minister for animal resources Joy Kabatsi who was also in attendance emphasized the need by NAGRC to work hard and move the beef industry to another level. Kabatsi disputed allegations that the sub-sector (NAGRC & DB) is underfunded and therefore it is unable to solve its problems, she said this song must stop because there is enough money, only that funds were being mismanaged by the managers.

She {Kabatsi} directed the new Executive Director of NAGRC & DB, Charles Lagu to come-up with a report on the five billion (5bn) UGX which was used by the old managers to procure bulls from South Africa and fruits of the project were not realized as planned.

“I don’t want to agree with those who says there is no money in NAGRC, actually we are the most funded agency. If your father gives you square miles of land for you to rare cows, and he goes on to pay workers for you, what else do you need?.” Kabatsi asked. The issue has been poor management, now that we have new managers, we expect to good results. I also want a report on the 5bn that was spent to procure bulls from South Africa”. She added.

MP Obua remembers the defeat of Kony in Lango