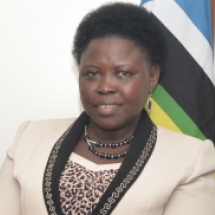 Poor planning of the urban settlements in Kampala is partly to blame for the latest outbreak of Cholera in the city suburbs, State Minister for Primary Health Care Joy Moriku Kaducu has said.

According to Kaducu, several settlements in the suburbs of Kampala are located too close to the drainage channels, and dumping grounds, exposing city dwellers to poor hygiene, a catalyst for spreading cholera, an acute diarrheal infection caused by ingestion of food or water contaminated with bacteria.

Her statement follows confirmation by the Ministry of Health that two out of the eight people who were admitted at Naguru hospital with cholera symptoms had tested positive to the disease. The patients were referred from Kabowa in Rubaga Division after they presented with Cholera like symptoms of diarrhea and vomiting.

The Ministry of Health says an investigation into the cause of the current outbreak has revealed that the outbreak is due to contamination of the environment. The Minister says that the affected community and households have been built close to waste drainage channels with inadequate latrine facilities and unhygienic home conditions.

She, however, told parliament on Wednesday that although the cases were confirmed, the situation is now under control. She says there are no reported cholera cases in Nakawa, Central division and Kawempe. “Our teams are on the ground conducting sensitization and passive search,” she added.

She says a joint task force is now sensitizing people on cholera prevention through home visits and information, education and communication (IEC) materials, intensifying latrine emptying in Kabowa and Bukasa where the latrines were full.

The messages are reminding people to practice proper personal hygiene, wash hands with soap and clean water after using the toilet, and before eating food, boiling drinking water, proper human fecal disposal and to cover food to avoid contamination by flies. She also says they are also Inspecting homes around where the cases come from.

//Cue in; ”We earmarked an…
Cue out…to fecal contamination”//

Lira Woman MP Atim Joy Ongom said the government needs to think of another strategy t make Kampala habitable. She said as it stands, slums are growing in Kampala, yet access to water and sanitation services is increasingly becoming limited.