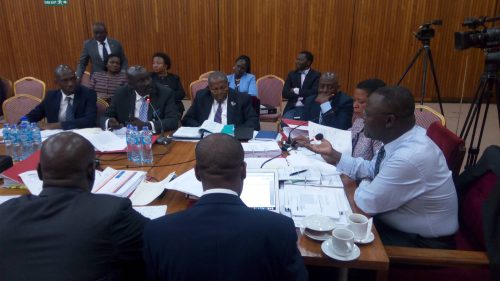 The former Central Bank Executive Director in charge of Supervision Justine Bagyenda has been accused of usurping the powers of the Legal Department, in her ploy to sell off Crane Bank Limited.

The accusation came after reports that Bagyenda engaged external lawyers from MMAKs Advocates to offer financial advisory services on the closure of Crane Bank Limited without the involvement of the Legal Department in Bank of Uganda.

Crane Bank Limited was closed on October 30, 2016, an action which, according to the Central Bank Governor Emmanuel Tumusiime Mutebile, was taken upon a determination that Crane Bank was a significantly under-capitalized institution and posed systemic risks to the stability of the financial systems in the country. Mutebile stated then that the continuation of Crane Bank activities was detrimental to the interests of its depositors.

But the process that led to the closure and sale of Crane Bank, to DFCU has since been questioned. Parliaments committee on Commissions, Statutory Authorities and State Enterprises (COSASE) has since failed to secure, documentation showing how MMAks Advocates was selected and contracted to offer financial legal advice on the sale, its terms of reference, and its legal opinions.

However, today, the committee learnt that the external lawyers drafted their terms of engagement with the Central Bank, a confirmation that displeased committee Chairperson Abdul Katuntu.

But Bagyenda said that the Legal Counsel Margaret Kaggwa Kasule was in a better position to give answers on the engagement of external lawyers. However, Kasule denied any involvement in the matter saying that her department was never involved in the process.

Justine Bagyenda requested that MMAKS advocates be invited to produce the engagement letter that Central Bank has failed to trace. But Katuntu ruled that it was the ambit of the Bank to produce the letter.

Katuntu accused Bagyenda of usurping the mandate of the Legal Directorate to engage external lawyers without the involvement of the Legal Counsel.