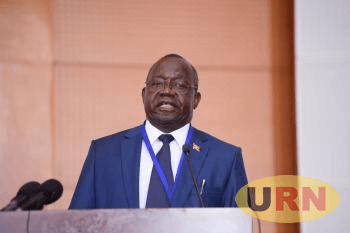 The Uganda National Examinations Board-UNEB has released the results of the 2017 Primary Leaving Examinations-PLE, this morning. The results indicate an improved performance despite a reduction in Division one aggregates.

However, UNEB secretary Dan Odong says that despite the decline in first grades, more pupils qualify to join the post-primary institutions. A total 571,252 representing 90.9 percent passed PLE compared 541,089 (87.02 percent) in the previous year.

“Overall performance in 2017 is better than 2016 except on division 1 level where there was a decrease. However, more children have passed at Division two. Fewer candidates failed in 2017 as compared to 2016,” Odong.

According to Odong, there was poor performance in English and Mathematics by candidates in questions where candidates were required to apply knowledge in problem-solving situations or express freely. “Candidates were more comfortable with questions that are direct and based on recall,” he said.

Meanwhile, UNEB has withheld results for 2,559 candidates due to malpractice. According to Odongo, the most common cases of malpractice were in the form of external assistance. Three people, a head teacher and secondary students were arrested last year during PLE in Busega.

“All candidates whose results have been withheld will only receive them after they have been cleared by the board’s examinations security committee as required by law.”