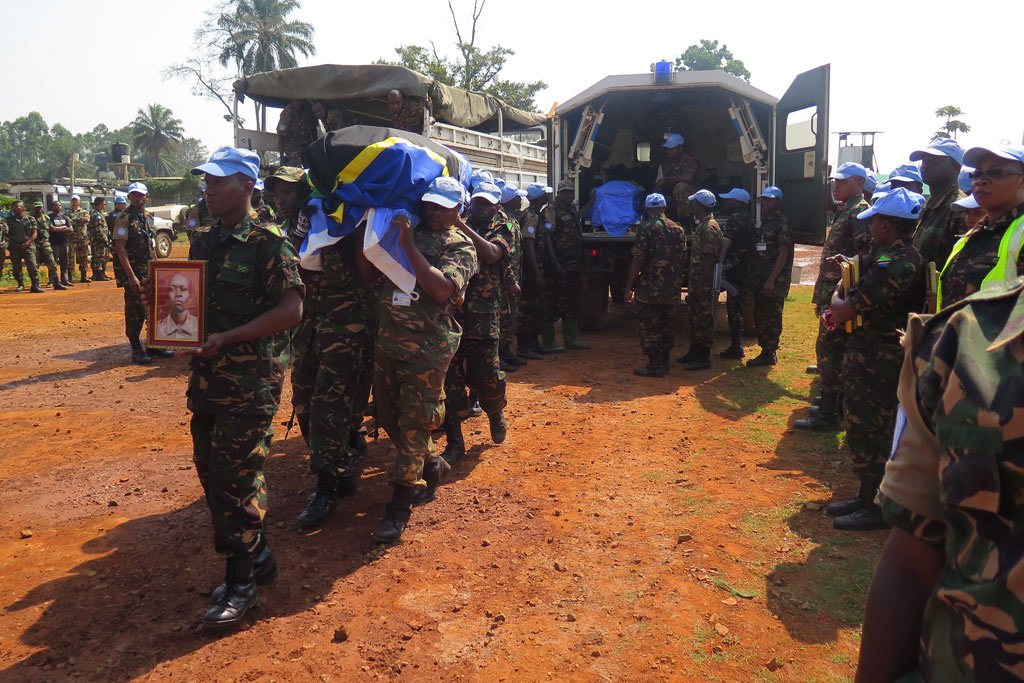 6 January 2018 – The United Nations is launching a special investigation into attacks on peacekeepers in restive eastern Democratic Republic of the Congo (DRC), one month after 15 ‘blue helmets’ were killed and dozens wounded in the deadliest single assault on a UN mission in nearly a quarter century.

According to a UN spokesperson, Secretary-General António Guterres on Friday announced the appointment of veteran UN peacekeeping official Dmitry Titov of Russia to lead a Special Investigation into recent attacks on peacekeepers and bases in the Beni territory of North Kivu Province, in the DRC.

The probe will include a focus on the 7 December attack on a base of the UN Organization Stabilization Mission in the DRC (MONUSC) in Semuliki that killed 15 Tanzanian peacekeepers and wounded 43 others. One blue helmet remains missing.

The UN said the special probe will examine the circumstances surrounding these attacks, evaluate MONUSCO’s overall preparedness and response to the events and provide recommendations on how to prevent such attacks from occurring in the future or when they do occur, from having such lethal consequences.