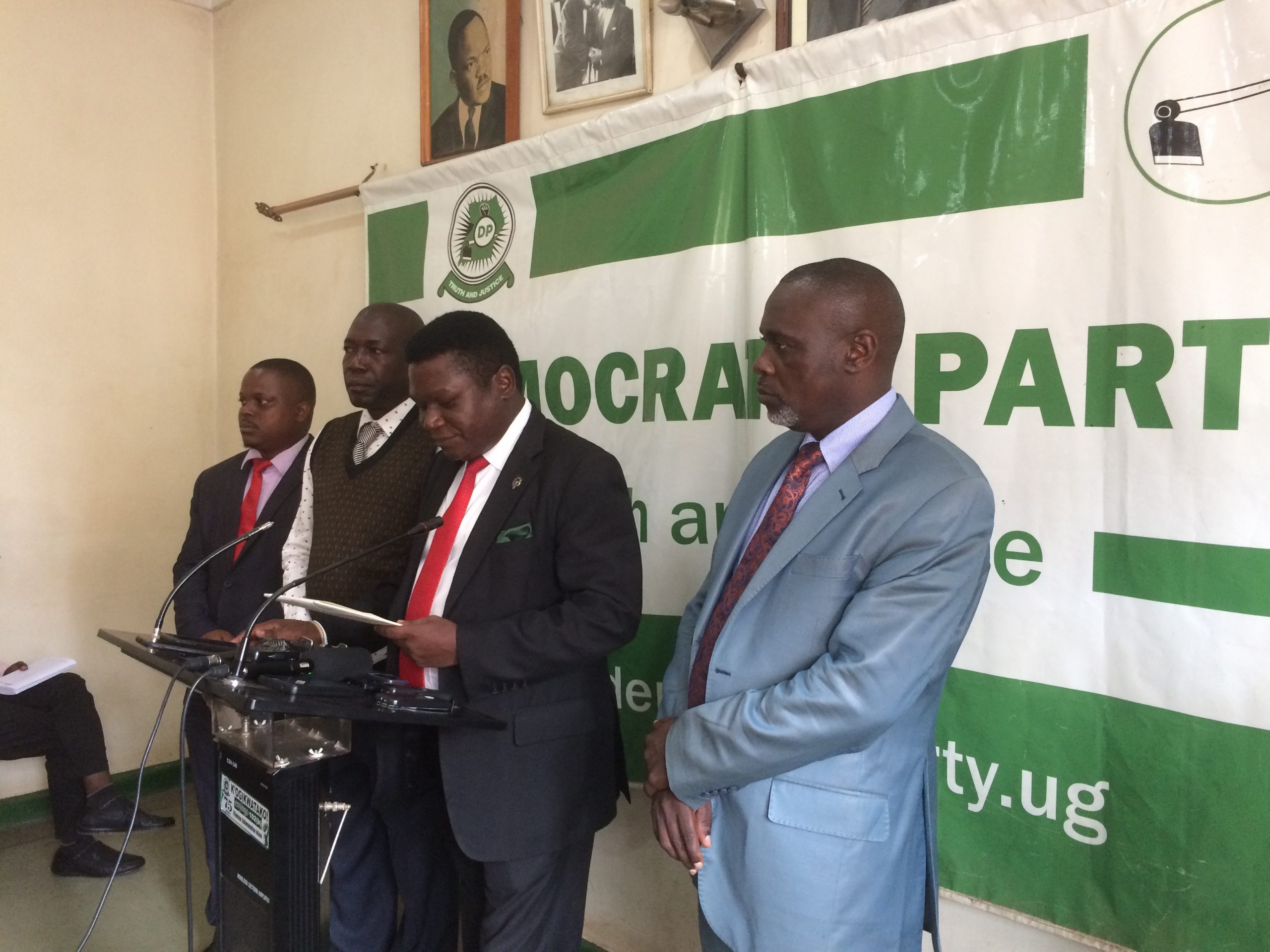 Addressing a news conference today at DP headquarters in Kampala, the party president, Hon. Norbert Mao made it clear that it was unlawful for police to violate Bobi Wines rights as it mixes its roles in the politics of the country.

With that, Democratic Party and Peoples Development Party have announced plans to join performing and recording artist Bobi Wine in his quest to demand for justice and expose police for playing games of politics in disguise to be protecting ugandans. Bobi’s home is now surrounded by police and military armored vehicles preventing him from moving out as planned.

He had planned to walk from him Home(Magere-Gayaza) to Naguru police headquarters to seek for answers as to why police is always blocking his concerts.

Mao further states that the current political environment is very toxic that most opposition parties affiliated to IPOD are condemning the manner in which the state is gagging their space to interact with their supporters and members as well.

“I have received calls from JEEMA and FDC presidents, Hon. Asuman Basalirwa and Hon. Eng. Patrick Amuriat Oboi, all complaining about the way the state is handling issues of political and civic space in the country mainly to those that oppose it” Says chairman Mao.

He now plans to hold individual meetings to see how to resolve the matters before the planned meetings on 26th April and 15th May this year are held.

However, PDP president, Dr. Abed Bwanika is castigating religious leaders for keeping silent as the state imposes stringent rules and measures against its citizens.

Bwanika who doubles as a pastor says, its sad to see that freedoms of ugandans are being violated religious leaders who are supposed to speak and give spiritual guidance to the nation are just keeping quiet.

They also comented on the supreme court ruling on the Age limit petition filed by Male Mabirizi challenging the scrapping of the age bracket for the president from 75 to none, and said this has given lee way to life time presidency in Uganda and the undressing of the constitution to a point that it now holds no more sense to an ordinary Ugandan.