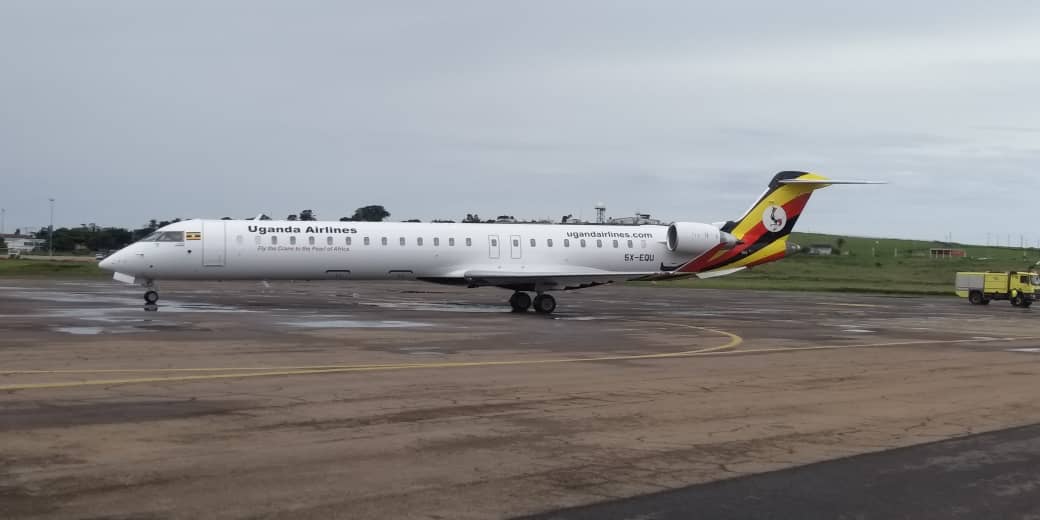 PDP president Dr. Abed Bwanika is demanding the current regime led by president M7 of the 10 planes Uganda had as they took over power that was bought by former Uganda’s President Idi Amin Dada.

The current regime led by M7 found Uganda with a national carrier which boosted of 12 planes but are now no more.

Over 30 years now Uganda has just thought of reviving its national carrier with today the nation witnessing the arrival of two CRJ900 bombardiers at Entebbe international airport.

Bwanika now cautions Ugandans against rejoicing, saying the regime should fast give Ugandan accountability of the way about of the former planes the country had that were bought by Amin.

He also warns that this is a venture that other well known countries like Kenya, S.Africa is grappling with now and fears that this might drive Uganda into more debt to operate.

Uganda had to part with USD. 293 million for each plane which has received massive negativity from a cross section of Ugandans. With two more air bus planes expected by the end of this year, the CRJ900 planes are expected to make their maiden commercial flight in July this year with 25 destinations in Africa already secured.

It has been 32 years since the current regime sold off the national carrier which was set up by former president Idi Amin Dada. The sale of the national airline has seen ugandans resort to flying in expensively in foreign carriers.

Ugandans are now waiting to see whether there will be a scale down on fairs charged per flight to the destinations where they have been flying using other carriers.