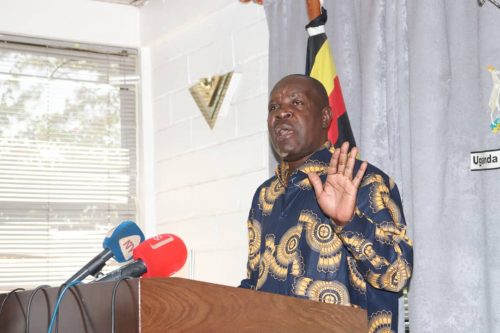 Uganda has today lashed out at the European Union following the Friday 14 point parliamentary resolutions , among them calling for dropping of charges against Kyadondo east MP Robert Kyagulanyi among other suspects who were arrested during the Arua municipality by election.

The EU parliament last week in Brussels-Belgium asked Ugandan courts to drop the charges currently pressed against the MPs among other common citizens totaling to 35.

According to the govt publicist, Ofono Opondo Uganda will not bow down to pressure from foreign states since Uganda is now a sovereign state.

Opondo adds that Uganda’s strong stand against homosexuality is also a factor that the EU is using to antagonize the country which has realized peace and stability for over 30 years.

He also accuses the EU for not going through the right channels to address the matter but instead go through rudementally ways to peddle into Ugandan politics.

Uganda being signatory to the UN rights, civic conventions among other pacts, it has exhibited the highest levels of respecting laws that lead to having meaningful democracy in the world and needs not to be lectured on how to govern itself.

Uganda further further castigates foreign NGOs for being behind the process to debate on Ugandan issues in the EU parliament following petitions from local NGOs that receive funds from Europe.

Opondo also urges local politicians to desist from being used by foreign powers to antagonize the country as the state will not hesitate to use available means to protect its citizens.

Ronaldo off the mark with a brace, Costa dismissed for spitting