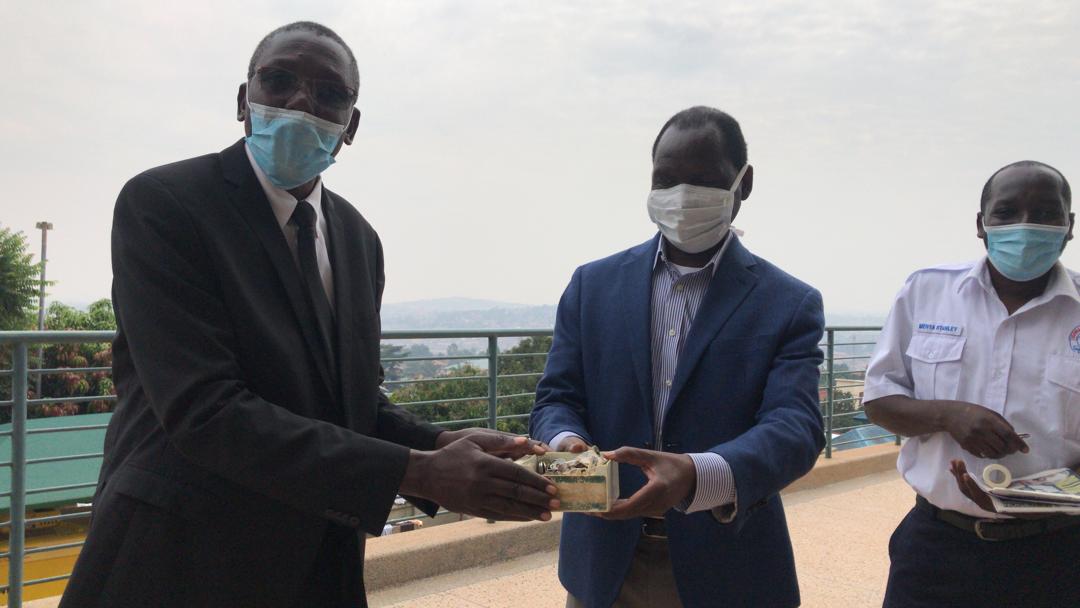 The Uganda Heart Institute today handed back the UCI premises they have been occupying since 2016.

The heart patients who have been occupying the premises have been relocated to Mulago Hospital fifth floor.

According to ED Uganda Cancer Institute Dr. Jackson Orem said this has been done in a bid to create more space for the two entities due to the prevailing conditions of COVID-19 which require social distancing.

At the handover ceremony at Mulago Hospital, the two Executive Directors, their deputies, clinicians, and administrators as well as other staff were present.

It is important to note that these premises have been occupied by the Heart Institute for four years since June 2016 at the time Mulago hospital was being handed over for rehabilitation.

The Executive Director UHI Mr. John, Magino, thanked Dr. Jackson Orem for a bold and timely decision and sacrifice to house Heart Institute patients during that time when they needed space.

Dr. Orem applauded the Heart Institute for maintaining the premises  and the modifications which made to the place were done in good faith.

“The ultimate sacrifice for these services came from the cancer patients who were affected by the Heart Institute occupying these premises yet patients never complained. We receive this facility but the Spirit of brotherhood between these two Institutions should remain in place” He said.

The two Institutions have a strong history together. They were both created at the same time due to need for having decentralized services from Mulago Hospital. The two entities were created by the Act of Parliament. The only strength we have is in working together” Dr Orem said.

The keys to the premises were handed over by Dr. Omagino to Dr. Orem who later handed them over to the Head Clinical services Dr. Victoria Walusansa who also doubles as his deputy.

We wish Uganda Heart Institute the best in all their endeavors.