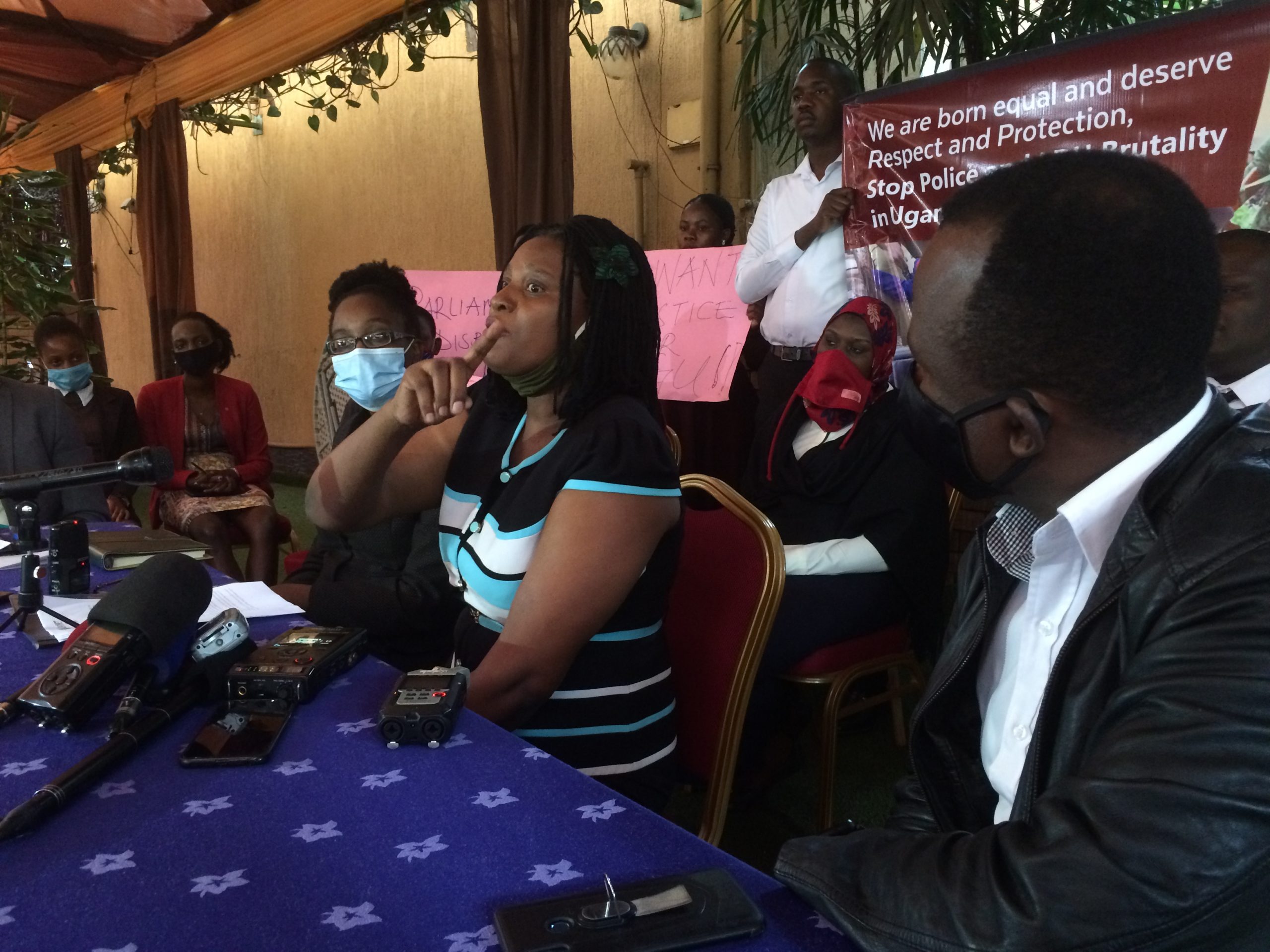 
Following gross human rights violations against innocent civilians by the LDUs during COVID19, activists are now calling for the disbandment of the defense unit or have it restructured.

Addressing a news conference today in Kampala, the CEO Legal aid service providers network (LAPSNET) Sylvia Namubiru asks parliament to engage the internal affairs ministry and make resolutions to have the unit disbanded since it has lost its purpose.

Activist say, if not disband, there should be measures to restructure the unit and popularize a human rights abuse response center where errant officers can be reported by the public.

The activists state that they have continued to observe through mainstream and social media that it has almost become habitual for LDUs to torture innocent citizens under the guise of enforcing the presidential directives on COVID19 especially at the time of curfew.

The torturous acts of LDUs have been more evident during the COVID19 lockdown where a significant number of civilians are subjected to wanton beating and inhumane degrading treatment causing loss of lives in some instances.

The notable incidents where LDUs have abused powers and violated human right through use of force and torture include;

The killing of Mr. Francis Ogwang Munu, an elderly man aged 65 who was beaten in Oyam district on the 27th June 2020 under the guise of enforcing curfew guidelines.

The matter of private Robert Muyaga attached to the reserve force in Masaka who shot his wife, Jacqueline Nagasha dead on allegations that she had an extra marital affair with Francis Musasizi, the Lutovu B village chairperson on 8th May 2020.

On 30th April 2020, a 25 year old deaf and blind Oloya Willis was shot in the leg by LDU in Mugila west village, Agago district when he continued walking away as they talked to him because he could not see or hear them.

On 7th July 2020, four LDU officers were under the spotlight for assaulting the Mityana LC5 chairperson, Joseph Luzige among others.

The above and many more incidents not accounted for are an indication of a serious growing impunity and are a threat to the security of persons and their property in Uganda.