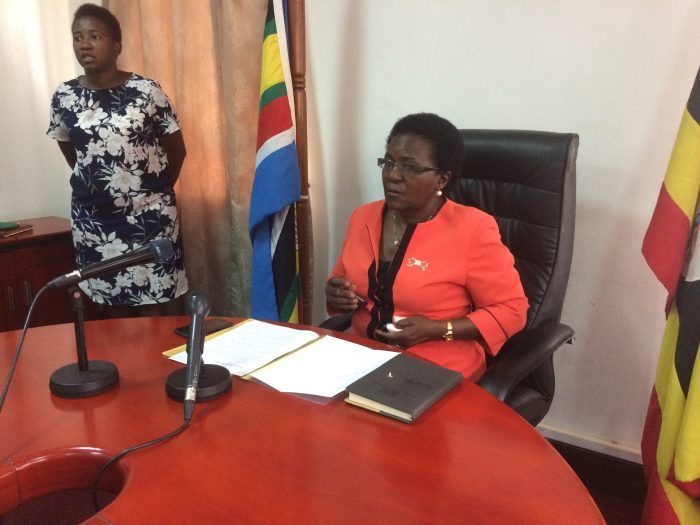 BThe transport minister Azuba Ntege reveals that the two bombardiers are expected to touch down in Uganda on the 23 of this month and are expected to have the first experience of the skies for in July this year.

Addressing a news meeting today in kampala, Azuba states that there are five steps that need to be delt with before the airline starts its first commercial flight.

Among the steps include certifying the airline to fly in Africa among other steps as required by Civil Aviation Authority like completion of air certification process, documentation evaluation, demonstration and other global aviation charters to ensure that the airline is fully capable of making commercial flights. The steps are said to take 90 days to complete though the minister states that some of them have been completed.

The airline will be required to complete flight tests on the routes it will be operating with its crews to meet the minimum required flight duration.

And commercial flights can therefore start after completion of the steps expect in July 2019, but as that clocks, the airline will be showcasing the cabin on the ear marked routes as the minister says this will also help in marketing the company in over 47 destinations that need to be activated.

This will be done by the minister notifying their counterpart in the desired destinations for commercial flights to kick off.

Govt has fully financed over USD.41.55m to have the CRA900 aircrafts constructed and flown in the country with partial payments for the Boeings to a tune of USD.10m each which are under construction.

In a related development, Azuba and her permanent secretary Bageya Waiswa make the record straight that she and the finance minister Matia Kasaija are not the owners of the airline as it has been report.

So far uganda will be flying to 47 destinations across the world with most destinations in Africa, Asia,Europe, South America.

In July 2018 government made the first capitation mounting to a tune of USD129Bn to the of company of which USD. 22.9 was used as deposit on operation of the craft.