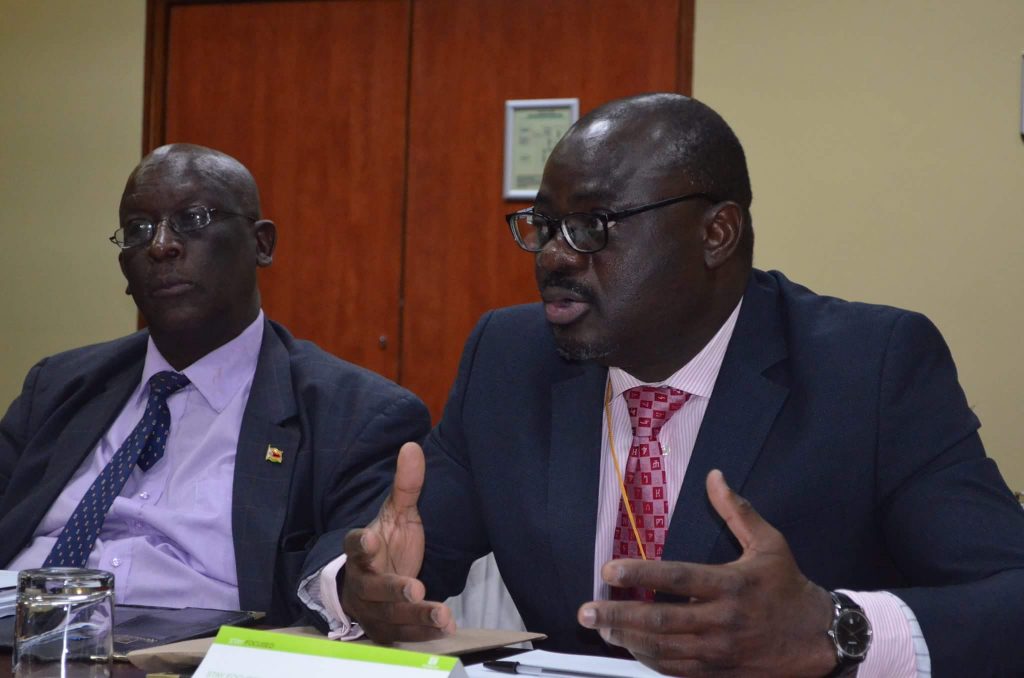 Speaking at the official opening of the Ad-hoc Expert Group Meeting (AEGM) on “Deepening Regional Integration in Southern Africa: The Role, Prospects and Progress of the Tripartite Free Trade Area (TFTA), Mr Adejumobi said without production, trade and market liberalization is meaningless.

A developmental approach to regional integration was adopted by the TFTA anchored on three main pillars namely; market integration, industrial and infrastructure development.

He said the infrastructure component is aimed at easing the challenge of doing business, and allowing the free flow of goods and services.

“The TFTA (apart from the CFTA) represents the most ambitious attempt at integrating African economies in creating a free trade area for 26 African countries of 632 million people, representing 51 percent of Africa’s GDP and constituted by three regional economic communities-COMESA, SADC and the EAC”, Mr. Adejumobi added.

Mr Adejumobi also noted that the TFTA provided the architecture of development that would be crucial in realizing the aspirations of Agenda 2063 and Agenda 2030.

“The TFTA, if well implemented, has the capacity to promote trade, enhance production, spur economic competition and thereby improve the quality of goods and services across the regions, encourage creativity and innovation, create more jobs, reduce poverty and ensure that nobody is left behind in the development train with better economic opportunities for all” he said.

He emphasized the need for the industrial pillar of the TFTA to promote the development of indigenous capitalist or entrepreneurial class that would increasing assume a multinational character.

He noted the need to prioritize the small and medium scale enterprises as they are usually the hubs for job and wealth creation in developing economies; and need for greater harmonization in the industrial policies of the three RECs. He further added that the SADC Industrialization Strategy and Roadmap of 2015, the COMESA Industrialization policy and EAC industrial policy agenda must all coalsce together to avoid discontinuities in the industrial focus of the three organizations and their member-states.

He also noted the need to extend the free movement for business persons in the TFTA to include all citizens of the TFTA of all the three regional blocks. He called for deconstructing of Africa’s national borders which will not only make for good economics but also good social and political re-engineering of our Continent as contained in the Pan-African ideals.

Meanwhile, the Government of Zimbabwe is committed to regional integration and that its current economic blue print, the Zimbabwe Agenda for Sustainable Socio-Economic Transformation, recognizes the importance of industrialization and trade in transforming its economy.

Secretary, Ministry of Finance and Economic Development, Willard Manungo, said regionalism is an important trend in the modern world as it contributes to the opening of markets, enhancing the development of regional value chains, and increases intra trade, stimulating economic growth and lifting people out of poverty.

He expressed confidence that Prospects and Progress of the Tripartite Free Trade Area was moving in the right direction, though at a slow pace.

However, Mr Manungo noted that the region has suffered from a critical deficiency in infrastructure, particularly, regarding access to electricity, transport, information and communication technology, water and sanitation and irrigation, among others.

“To bridge the funding gap for infrastructure, the Government of Zimbabwe established a Joint venture unit housed in my Ministry to facilitate public-private partnership initiatives and is currently putting a framework to implement Special Economic Zones in pilot areas such as Bulawayo, Sunway City in Harare and Victoria Falls”, he said.

Mr Manungo said that at regional level, the Government of Zimbabwe was involved in cross border infrastructure collaboration, notable projects include; rehabilitation of the Kariba Dam Wall Governments of Zimbabwe and Zambia, jointly mobilized resources; and the opening of the One Stop Border Post at Chirundu.

He commended ECA and the Inter-Governmental Committee of Experts (ICE) for championing the agenda for deepening regional integration through trade facilitation and infrastructure development. He hoped that the deliberations were going to proffer concrete, focused and workable recommendations on developing infrastructure that would facilitate smooth trade, thereby strengthening the regional integration agenda.

Participants at the AEGM includes experts in regional integration, senior government officials and representatives of regional economic communities, research institutions, civil society organizations and the private sector, who will deliberate on the theme and identify the opportunities from enhanced integration.

Recommendations towards addressing the challenges regarding the implementation of the TFTA milestones will be made.