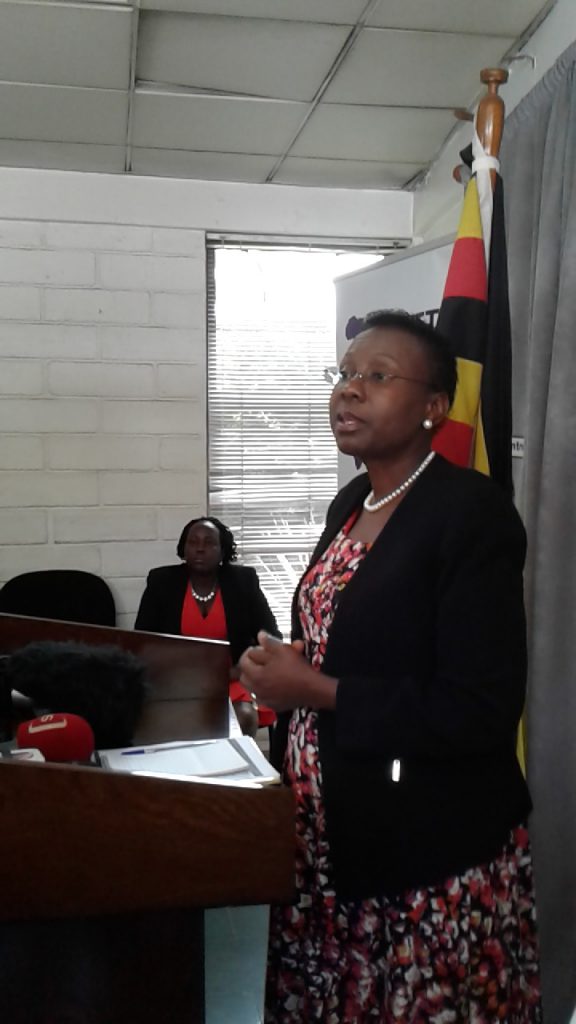 The health minister Jane Ruth Aceng confirms one of the doctors who handled the Marburg cases in Kween and Kapchorwa has been confirmed negative but states that they are still monitoring the other doctor as they wait for the results adding that the number of cumulative cases stands at two.

Marburg claimed two lives in the eastern district of Kween and Kapchorwa  before government declared the outbreak of the disease in the country.

According to Dr. Aceng, the health workers who came in contact with the victims have been isolated and put on treatment to prevent them from passing over the disease to other people.

So far over 156 victims are being monitoring with only 22 completing testing putting 24 under contact follow up to weigh their health status as time passes by.

The ministry has staged a team to continue with the contact follow up of the suspected victims as well as investigate new strains in the area.

However, the American ambassador to Uganda Deborah Malaac urges the Uganda govt to continue the strengthening prevention of infectious diseases adding that such deadly diseases call for combined efforts from various countries if they are to be whipped out very fast.

And the executive director, AFENET stresses the need to have over 5000 epidemiologists’ on the whole African continent to handle such diseases as they break up.

Its estimated that Africa has not more than 200 epidemiologists which puts lives of people at risk in case of any serious outbreak on the continent.

This was all revealed at a news conference held today in Kampala where Uganda confirmed her readiness to host the global health security conference.