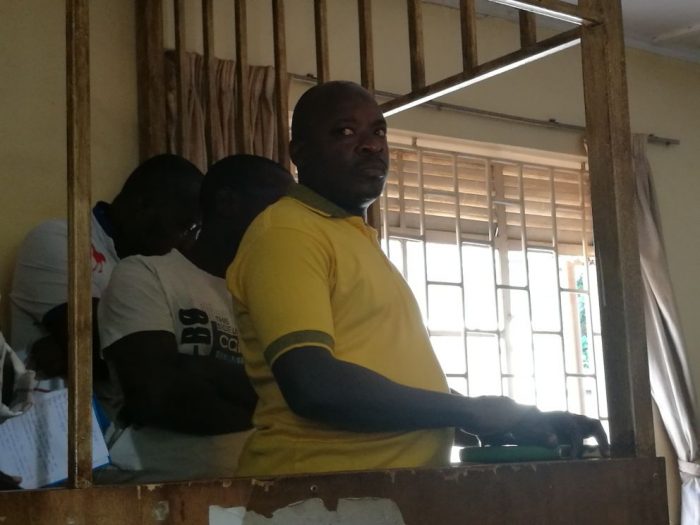 The Trial of Boda-Boda 2010 patron Abdullah Kitata flops before the General Court Martial after prosecution informed court that it did not summon its witness for cross-examination by Kitatta’s lawyers .

Kitatta is on trial for being in unlawful possession of firearms, live ammunitions, Millitary head gears and uniforms

The hearing was resuming today before the Army court in Makindye, after a one month’s suspension following the expiry of the term of the Court Members on 9th/ June /2018.

During his testimony on the 21st/May 2018 private Kasaijja displayed 3 guns , live ammunitions, Millitary uniforms and caps that were allegedly discovered from Hotel room at Wakaliga where Kitatta was hiding .

However Kitatta’s lawyers were supposed to cross-examine Private Kasaijja on the 12th/June but unfortunately court didnot sit because it was in recess.

Kitatta is currently held on remand at Makindye millitary police barracks and his 12 co-accused are at Luzira Prison.

They were arrested in January 2018 on charges of unlawfully possessing an SMG gun, 3 pistols and 50 rounds of live ammunitions and Millitary gears which Prosecution says are only a monoploy of the UPDF.