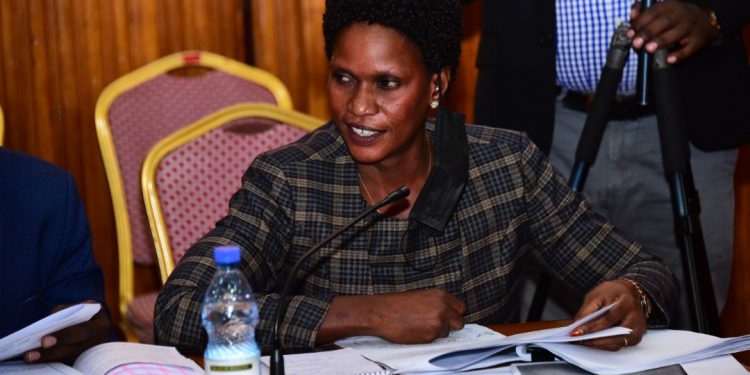 But committee members expressed mixed reactions and questioned the huge amounts of money given to the president for donations yet they have no beneficiaries in their areas.

However, Ababiku made an appeal to the committee of budget to approve the request for more than 30bn for presidential donations because it’s their people that keep requesting financial support from the president.

The office of the president under Vote 002 also seeks Shs31bn to facilitate RDCs, Recruit two office assistants for them, provide them office accommodation and facilitate their secretariat. But MPs raised a lot of questions on this budget.

The same vote is also grappling with the funding gap of 5.1bn out of the 8.3bb which is needed to facilitate the operations of the presidential advisors.

However, members of the committee of budget have rejected the allocation of 1.2bn to the ministry of ethics and integrity to mitigate corruption and instill morals in the citizenry.