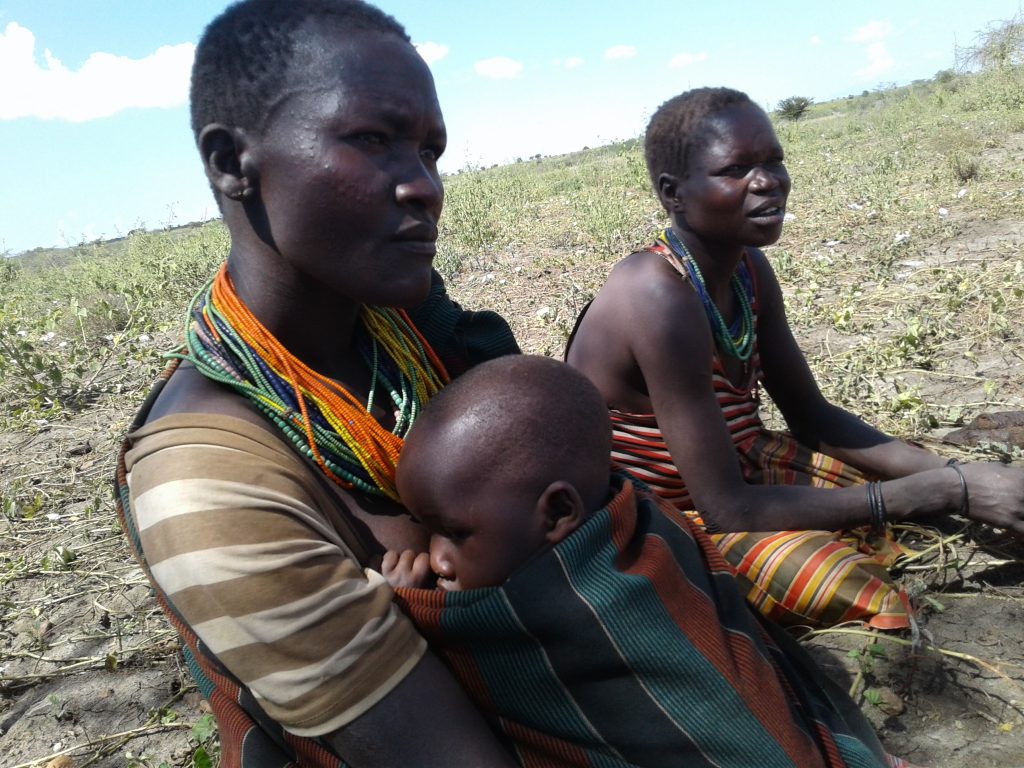 For centuries, the Karimajong have been known for their love for their animals, but with the disarmament programme, they were left with no guns to protect them and the livestock, and now are slowly resorting to crop farming.

Two kilometers from Moroto town in Longoleki village is Anna Leko, a widow, one of many karimajong who have taken on farming due to un avoidable circumstances.

“Following the death of my husband, who used to practice pastoralism, I was left no choice but to have my new life shift to farming as a means to sustain the 10 members of my family”
When my husband died, my son was very young and could not assume the role of his father as a pastoralist. So I had to leave the cattle with my late husband’s relatives in Lotirir village and relocated to Longoleki village.

On the 16 acres, she uses 10 acres to grow sorghum, beans and Maize. On top of this, she has 15 goats that her son rears.

However, due to heavy rains this year, Anna has seen her efforts go to waste as her crops rot away leaving the whole garden bear, with fears of roaming hunger in her family.

She decries the insufficient support offered by agriculture officers in the district coupled with wrong seeds, saying these have continued to frustrate their efforts of settling into crop farming.

Meanwhile, with illiterate communities practicing agriculture, the learned like Martin Odong, a former a primary teacher in his 60s, dropped pastoralism and joined crop farming as a means to improve his livelihood which he was not realizing.

As a teacher, Odong says he used to earn Ug.Sh. 70,000 as his salary in the late 90s, an amount he says was not enough to cater for his family this coupled with land grabbing by investors, leaving their animals with no areas to graze in and the disarmament program hence settling for crop farming.

He started by growing maize, sorghum, Beans, G.Nuts and rearing of pigs, with support from government driven NAADS and Operation wealth creation programs, and as a result, he registered success in the first three years through bumper harvest that saw him earn enough to construct a modern house for his family.

However, due to unfavorable weather conditions in the region, unpredictable market prices coupled with pests and diseases, he got poor yields from his harvest three years later and lost 10 of his 30 pigs and resorted to rearing exotic cattle which are expensive to be looked after.

In misery, Odong reveals that in the past two years, he has lost not less than Ug.Sh.7M in the new venture.

Mike Kidon Onyang, the owner of, Kitorosi irrigation farm in Nadungent Sub County was given a solar irrigation water pump by the prime minister’s office through the operation wealth creation programme happily enjoys farming since he is not faced with any challenges as mentioned by fellow farmers.

He adds that he has managed to grow a variety of vegetables which he supplies to various hotels around Moroto from which he earns UGX.3M per month.

Meanwhile, the moroto agriculture officer Mark Loli together with the operation wealth creation region coordinator, Major Lokol Peter Awas reveal, that there are a number of government programs designed to suit the needs of the communities and the region.

Among them being, sensitizing men on the benefits of engaging in farming and scale down on pastoralism, embrace full settlement to do proper cultivation, deside on the variety of seeds they need than giving them what govt thinks will work for them.

Farming and pastoralism will continue to play a predominant role in karimajongs livelihoods for the foreseeable future, though it is not a livelihoods sector that will change quickly or dramatically in the region. The eight years idea