The Construction of Radiotherapy Bunkers, at 95% Nearing Completion 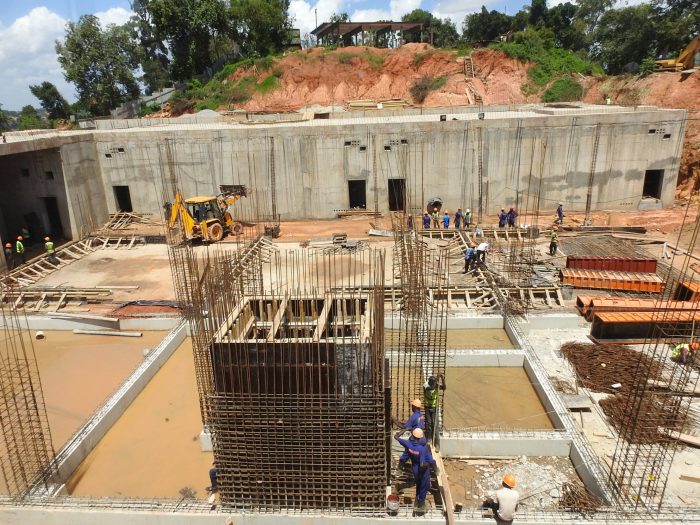 The construction of modern radiotherapy bunkers which will house four linear accelerators and two brachytherapy machines has reached 95% progress.

According to the Executive Director, Uganda Cancer Institute (UCI) Dr. Jackson Orem, the site that kicked off in May 2016 has reached a 95% and is expected to be complete at the end of this year 2018.

This construction was expected to last one year but was extended due to additional works and unseen technicalities like weather disturbances.

The six chambers are intended for installation of additional four linear accelerators and two brachytherapy machines to fast track the next phase of modernization and expansion of radiotherapy services in the country and East Africa at large.

According the resident site engineer Mr. Nagoya, the construction of bunkers has cost Government of Uganda 25 billion shillings, to construct all six bunkers with additional space for patients who will be receiving treatment.

It should be noted that this development was in progress even before the breakdown of Uganda’s only cobalt 60 radiotherapy machine in March 2016. This differs from reports which indicated that the construction of the six bunkers was done following the breakdown of the cobalt-60 machine in 2016.