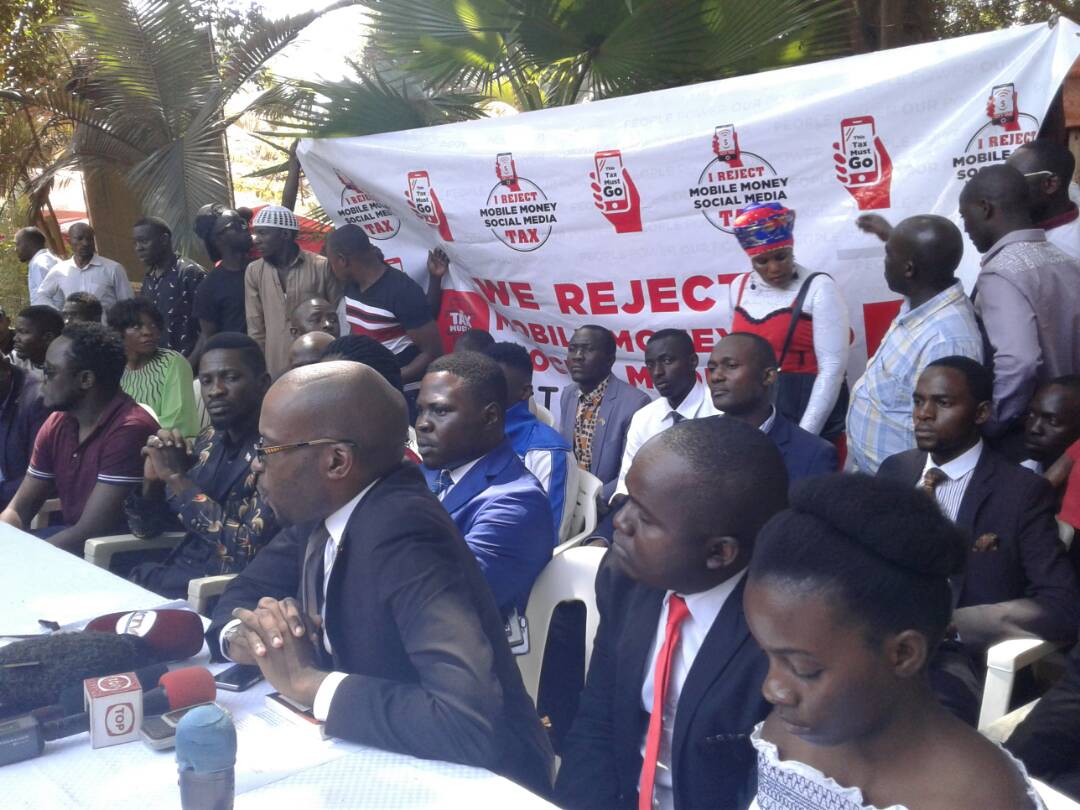 Concerned Ugandans led by kyadondo East MP. Robert Kyagulanyi Ssentamu and Mityana mp Francis zake have declared a nationwide peaceful demo to show their dissatisfaction against the mobile money and social media taxes with the demo slated for Wednesday next week.

Addressing a joint press conference at heights in kampala today, the group call upon all concerned Ugandans to stop using mobile money and social media as a sign of dissatisfaction to the new taxes which they say are trampling on people’s right.

However, Stella Nyanzi urges women to be on the fore front in this Battle since they are the number one users of mobile money and social media.

Kyagulanyi and the group want the taxes totally scrapped and not reduced as said by the President.

The organizers say those who are to take part in this peaceful demo should wear red as a symbol of togetherness. The publicists of the group, Andrew Karamagi confirms that they have already written to the IGP informing him of their next activities.

Karamagi wonders how this government is run following the clash between the finance minister, Matia Kasaija president Yoweri Museveni and among legislators with each distancing themselves from the 1% in the law.

Govt says these taxes are to finance different services to enhance national development the citizens are strongly against the new tax and want parliament recalled to debate with intent to reverse the law.

The activists had earlier booked African hotel but on arrival, they were asked not to hold their press conference from there on orders hotel management didn’t explain hence the change to a near by place.