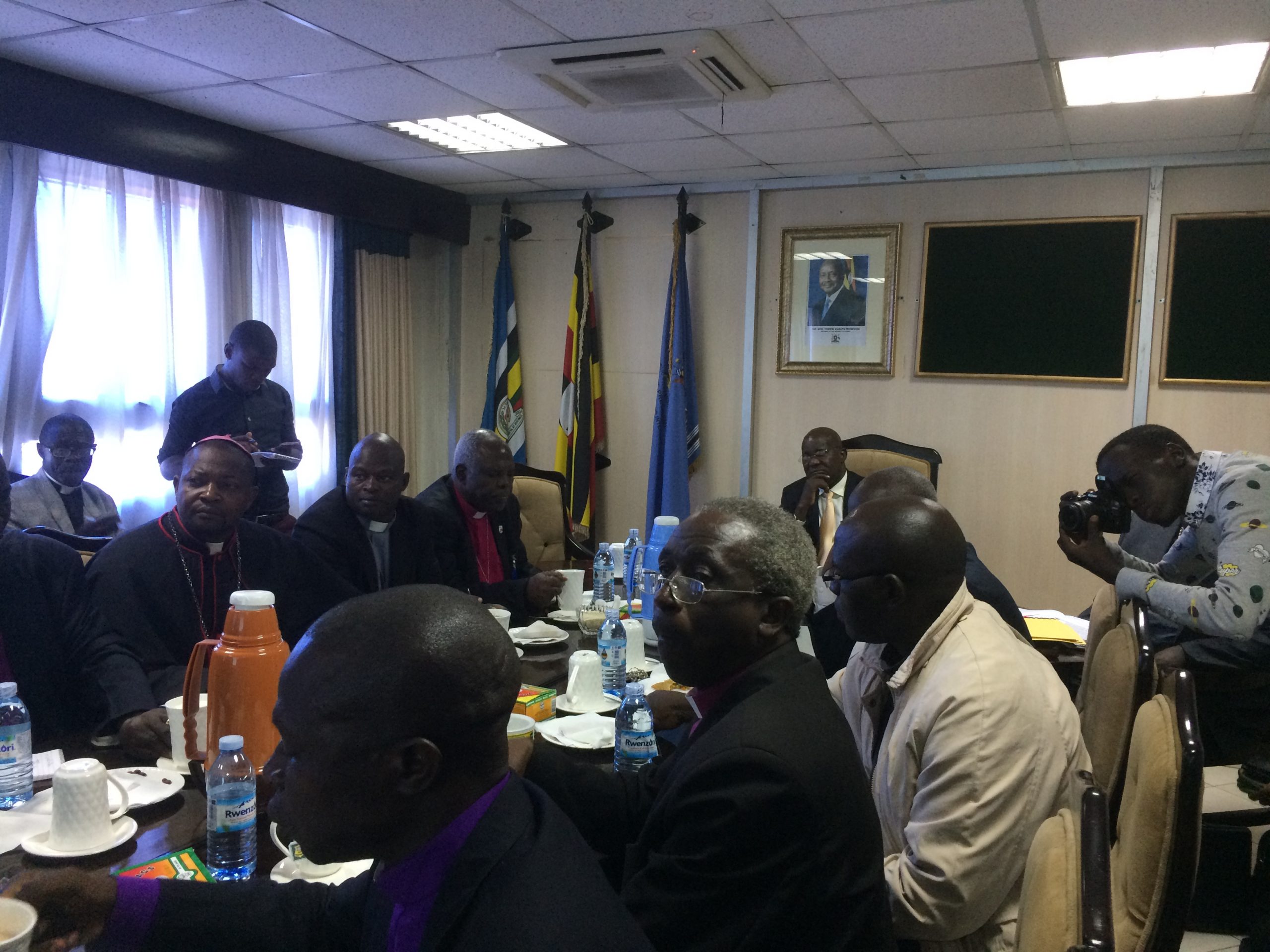 Religious leaders under the umbrella of Christian Ecumenical council of Uganda led by Bish. Jacinto Kibuuka have today handed over a document to the minister of Ethics and integrity involving quite number of suggestions to be considered when drafting the the policy that intends to regulate the operations of religious and faith based organization in the country.

While handing over the document to Rev. father Simon Lukodo, Bishop Jacinto Kibuka, the head of Evangelical Orthodox church noted that this is done to ensure their views are captured before drafting this policy.

He added that as consultation are going on, the ministry of ethics and integrity has been only focusing on those tradition churches and this created a fear that they may be left out during the consultations.

While receiving the document, Father Lukodo noted that they are not going to tolerate religious leaders who preach falsehoods and therefore the policy must be in place.

He however called upon religious leaders to be on fore front of supporting this policy other than opposing it.

The consultations are still on going while capturing different view from academia, lawyers, religious leaders and other stake holders and once its done, drafting of the policy will start immediately.

With Uganda having more than 10,000 churches and thousands of mosques, the policy in offing seeks to regulate religious and faith based organization in Uganda which the state says are not well regulated hence the continued illegal and un Godly acts performed by some of the leaders of these religions.