Rwandan Nationals Want To Be Tried In Civilian Courts As Former Spy Released on Bail. 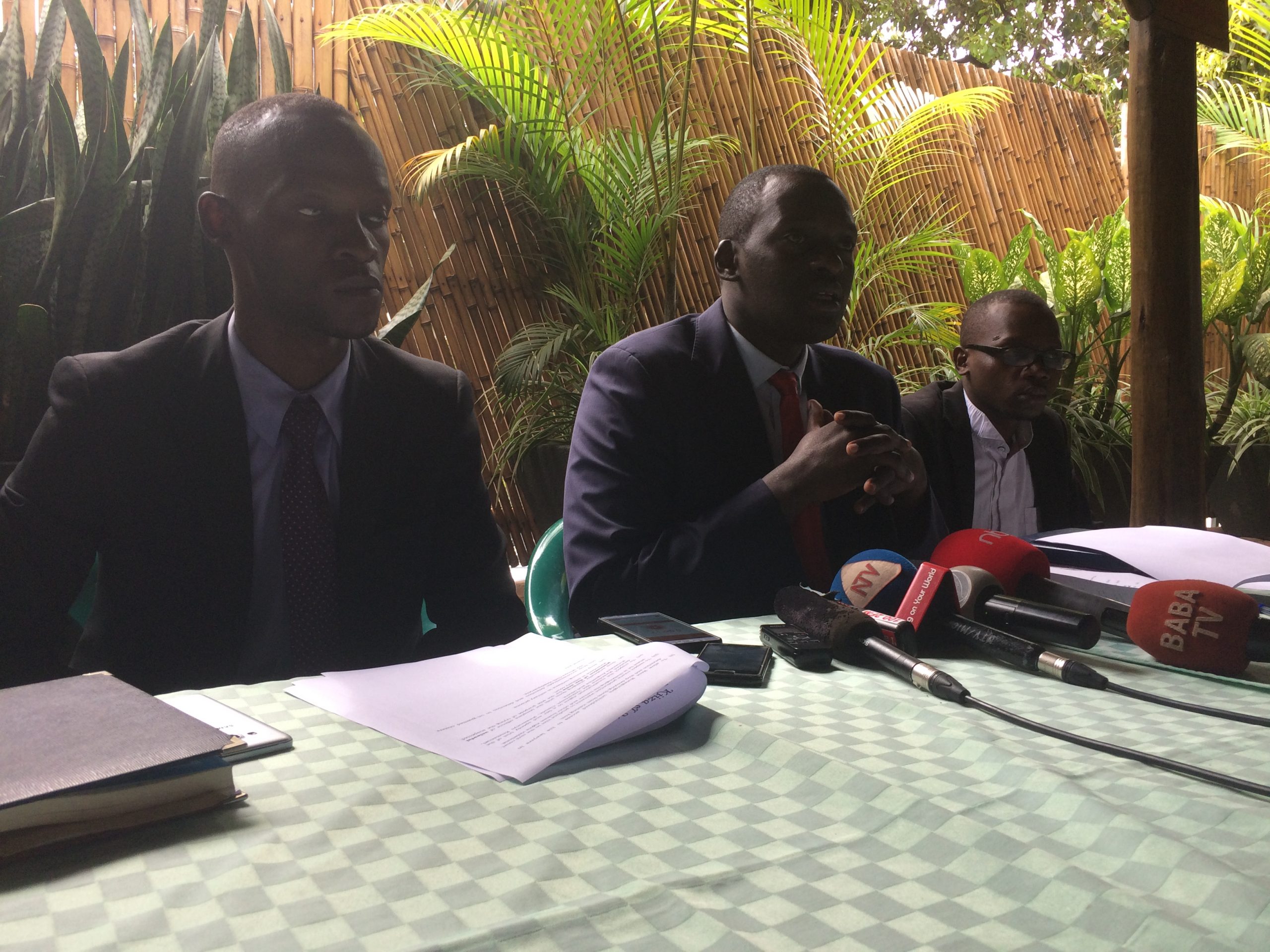 Rwandan nationals are blaming the Ugandan govt for detaining them for longer hours which is un constitutional and want to be paraded before civilian courts than military courts.

According to their lawyers, Aron Kiiza from Kiiza and mugisha advocates, it’s very sad to see the minister for justice and constitution affairs, Kahinda Otafire mention that Uganda has not at any one time illegally detained any Rwandan national and want him to retract his comment.

They now demand that the arrested Rwandans be presented before civilian courts and stop artificially charging them with the template offence of unlawful possession of fire arms as well as stop detaining them in military courts among other demands.

In a related development, a Rwandese National Moses Ishimwe  Rutare who was last week charged before Nakawa  Chief Magistrate Court in Kampala,  with illegal entry and Stay in Uganda, has been granted bail today of 2mshs cash which he has to pay, before he can be allowed to leave prison custody.

Rutare a tall, slim brown man who wore a surprise look before Grade One Magistrate Angura Fionah Shiella has been bailed out by his Fiance Eunice Esule from Arua,  and a Church Member in Bugolobi who have also been asked to sign a non cash bond of 10mshs and ensure that Rutare reports back to Court on 1st/April/2019 for trial to start since investigations in his case are complete.

Prosecution led by Feni Justine alleges that 33year old Rutare a resident of zone 6 Nadiope Road in Mbuya-Nakawa Division, at unknown date in 2018, and  unknown Border post unlawfully entered Uganda without an entry permit certificate of permanent residence or pass issued under the Uganda Citizenship and Immigration Act.

Its further alleged that on 22nd/December/2018 at Luthuli Avenue Bugolobi in Nakawa Division, Rutare stayed in Uganda without a Certificate of Permanent Residence or a pass issued under the Uganda Citizenship Immigration Act.

According to his Lawyer Daniel Walyemera, his client was on 22nd/December/2018 arrested by plain clothed men around Bugolobi near  one of the gates occupied by Chieftancy of Military Intelligence on allegations that he was spying for Rwanda.

However Walyemera and Rutare’s Fiance mantain the suspect had moved out of a  Fellowship meeting when he was mistaken for a Spy; hence his arrest and disappearance.

According to his Entry Pass to Uganda for East Africa, he entered Uganda on 26th/December/2018, but his Lawyer and Fiance say he is a born of Nsambya in Kampala, with some relatives in Rwanda and Uganda.

Currently the relationship between Uganda and Rwanda has not been smooth of late, leading to closure of border posts which acts has stalled business. This has seen both countries lose billions of revenue as now no trade or business is being conducted on the borders.