Rwanda Asks Africans to Desist from Acts of Genenocide 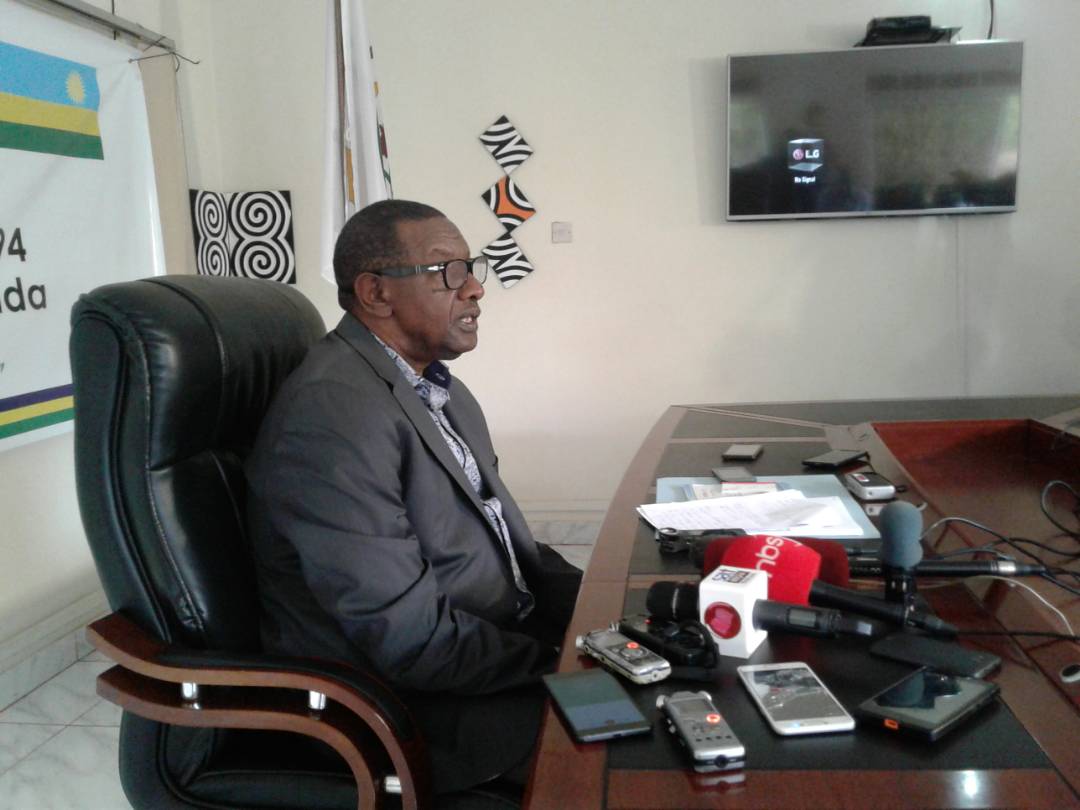 The Rwandese ambassador to Uganda H.E Gen. Frank Mugambagye is calling on Africans to desist from taking part in acts that lead into genocides on the continent or in their respective countries.

Mugambagye while addressing journalists ahead of the 24thRwandan genocide commemorations starting tomorrow and will be lasting for 100 days reveals, genocides are not a one off revolution, but are a long plan by the perpetrators and when sparked off, they lead to loss of lives and hence the to do away from such wrong acts.

Mugambagye adds that perpetrators of the genocide are still at large in different countries mentioning neighboring nations like Uganda, DRC, Burundi and others went as far as USA, Europe but confirms that, if identified they inform the respective hosting states to arrest them and bring them to face justice.

He further notes that the hunt for these perprators results from the truth that they still hold the strong mind of regrouping to stage another genocide which the current leadership in Rwanda is and has for long been fighting.

Rwanda now attributes the current unity and peace in the country to the Gachacha court system, a community justice system that involved the perpetrators being tried in their communities.

Those that happened to have committed inhuman acts of killing people were sentenced and those that were found to have not committed groosam atrocities were forgiven and integrated back in the communities through a rigorous truth and reconciliation process.

As one of the healing processes, Rwanda plans to have all the genocide burial sites registered with UNESCO for them to receive international recognition and also act places where the current and future generations can visit and reflect on what happened with a key point of not having the generations go through the same mistake.

Rwanda’s current peace and unity stemmed from the 1994 genocide which targeted the Tutsi. The genocide which lasted for 100 days saw one million lives lost and hatred was massively built, but thanks to the Gachacha court system that has so far brought back sanity and togetherness among the different tribal groups of the Hutu, Tutsi.

Among the activities to be marked include series of vigils, laying wreathes on memorial sites in Kasensero, Golo and Lambu in Rakai and Masaka districts, public lectures among others.