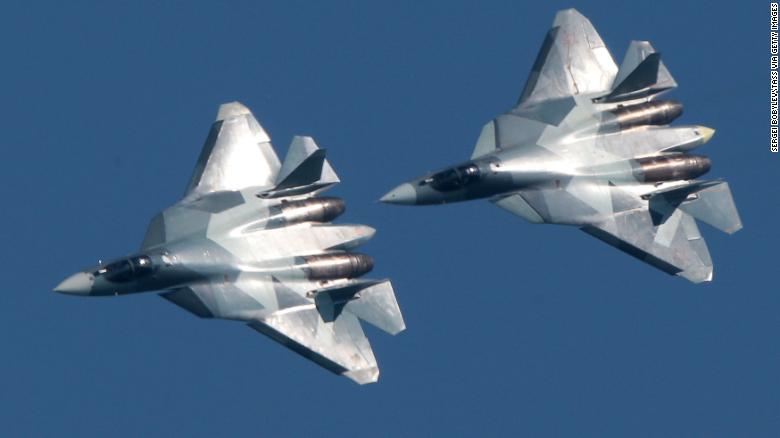 Russia has sent its most advanced fighter jet to Syria, a US military official tells CNN. It’s a deployment that could potentially increase the level of danger to US forces operating inside the country.

The Su-57 is Moscow’s most sophisticated military jet and comes equipped with stealth capability.
Russia’s move comes despite a promise from President Vladimir Putin to scale back Russia’s military commitment in the country.
“The addition of fifth-generation fighters into Syria would certainly not be in keeping with Russia’s announced force drawdown,” Pentagon spokesman Maj. Adrian Rankine-Galloway told CNN.
The deployment comes on the heels of the United States employing its most advanced fighter jet, the F-22 stealth fighter, in strikes against targets in Syria after a February 7 attack against US-backed forces by pro-Syrian government troops that also included Russian mercenaries. 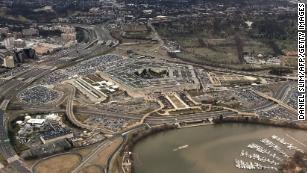 WaPo: Key Russian oligarch in touch with Russia, Assad before mercenaries attacked US troops
US officials estimate 500 pro-regime troops were involved in the attack on a compound where both US troops and their allies in the Syrian Democratic Forces were stationed.
In December, two F-22’s intercepted two Russian aircraft that had flown east of the “de-confliction line” that is supposed to separate Russian and US-led coalition aircraft operating over Syria.
The US jets fired warning flares during the intercept of the two Russian Su-25 close air support jets, according to US officials, after they crossed the de-confliction line multiple times.
“We do not consider these jets to be a threat to our operations in Syria, and will continue to deconflict operations as necessary,” Rankine-Galloway said.
The Russians have based the jet at their Khmeimim air base in Syria, according to the US military official.
It is unclear if their deployment is a response to US deploying F-22s to the region or if Russia is using the Syrian theater as an opportunity to test the new aircraft.
The Su-57 is the first Russian military fighter to use stealth technology and is designed for aerial combat and ground-attack operations.
According to the Russian Defense Ministry, the jets were scheduled to be introduced to Russian forces in 2018, and a total of 12 aircraft were initially ordered by the Russian government.
Previous Post