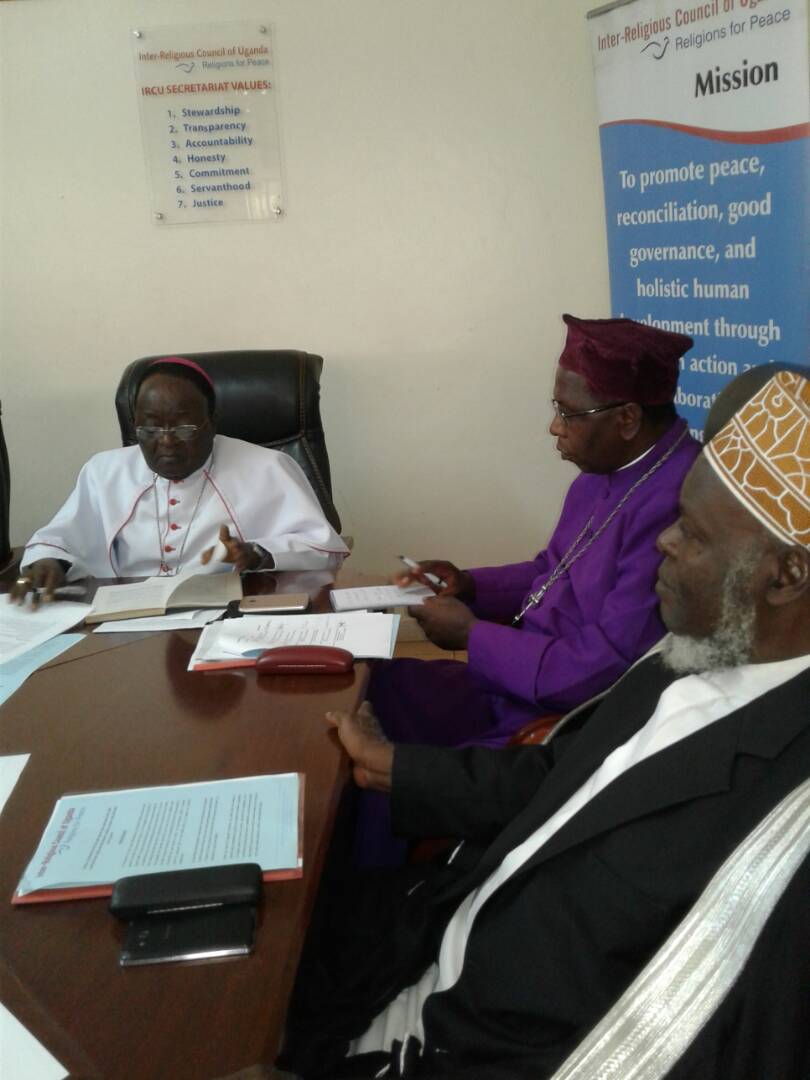 RELIGIOUS LEADERS WARN MPS ON AGE LIMIT LIFTING. WANT M7 TO SHOW HIS STAND ON MATTER
By Damba Rogers
Religious leaders under their governing body Inter religious council of Uganda are warning NRM legislators who are pushing for the scrapping of the age limit to go slow on the matter as this might plunge the nation into problems and at the same time they are calling on the chairman of the ruling party who is also the president of Uganda to show his stand on the matter for the citizens to have a clear point from him.

The country has for the past weeks been a washed with news about scrapping the age limit with the cabinet last week endorsing the proposal as a section of independent MPs and opposition members boldly took a stand to oppose the matter saying its against the constitution as it only benefits a few.

Now the chairman council of leaders, His eminence sheik Shaban Ramathan Mubaje, His grace the archbishop of the church of Uganda, Stanley Ntagali, His grace Dr. Cyprian Kizito Lwanga the archbishop of Kampala, Apostle Dr. Joseph Serwada the president of the born again faith in Uganda at a joint press conference stated that age limit issues be entrenched and added on the agenda of the proposed national dialogue, MPs supporting or opposing age limit should first seek advise and opinions from constituents, security officials stop harassing people and taking sides, the debate be set on principles and not positions among others calls.

The faithful further remind leaders to follow the country’s motto of For God and my country than fronting their selfish interests against the country’s cause.

On September 12th 2017 some NRM MPs convened and passed a resolution to amend article 102(b) of the constitution of the republic of Uganda which which act drew resistance from fellow MPs and now rhe religious leaders says condemn the spirit in which the amendment was brought saying this reminds them of the terrible post independence error.