We Are Ready For Red Week Opposition 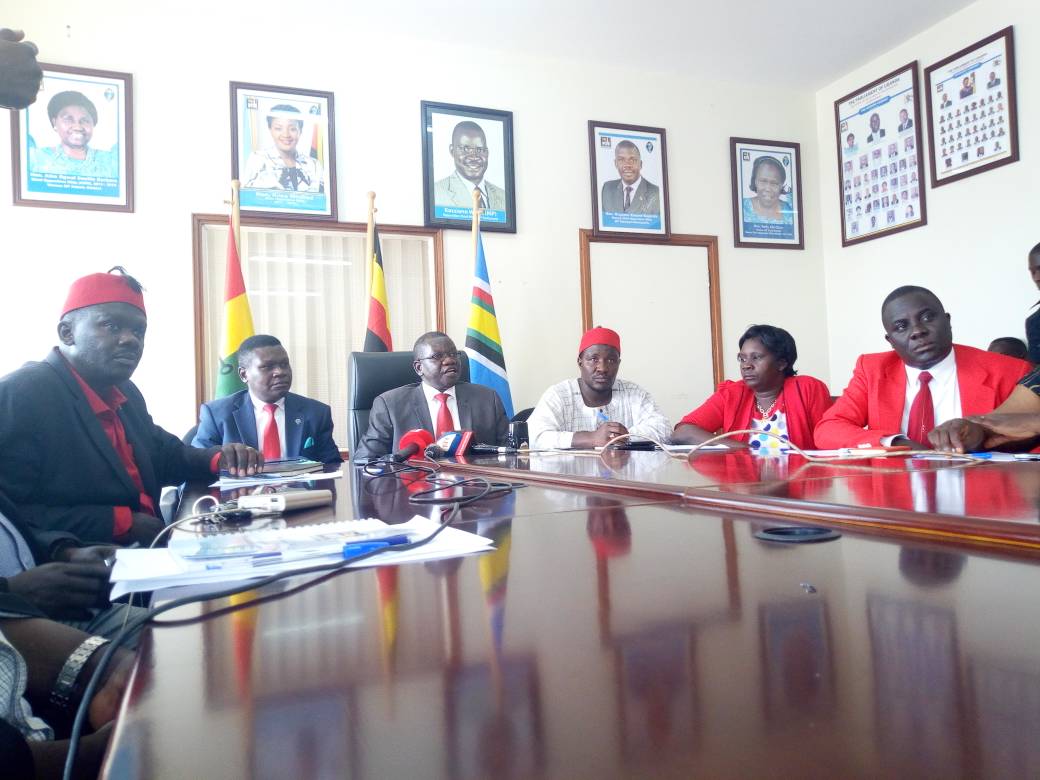 In a press conference held today in parliament, FDC President Patrick Amuriat Oboi, DP’s Nobert Mao, and JEEMA President Asuman Basalilwa re-echoed support for the week-long protests as a report  by the Legal Committee of Parliament is tabled in Parliament.

“We are declaring a red week starting Monday next week and everybody is expected to wear a red ribbon throughout the week. We call upon all citizens from surrounding districts of Kampala to march into town and gather around parliament” said Amuriat.

“The speaker of parliament and the Attorney General should also be on notice that there are petitions both in the Constitutional Court  and the East African Court of Justice stopping proceedings on the Age limit Bill and therefore any move to proceed with it, undermines rule of law” said Basalilwa.

Nobert Mao also assured members of Parliament that he and other leaders will mobilize support for protests outside parliament, and that in the struggle against life presidency, every blow counts.

“This is something we are going to be working on relentlessly. It is time for action say Hon Amuriat .

Yesterday, opposition MPs announced a week-long campaign starting Monday next week within which they will intensfy opposition against the proposed constitutional amendments that will see age limit for presidency repealed from the constitution.

Uganda To Host The East Africa Energy and Infrastructure Summit