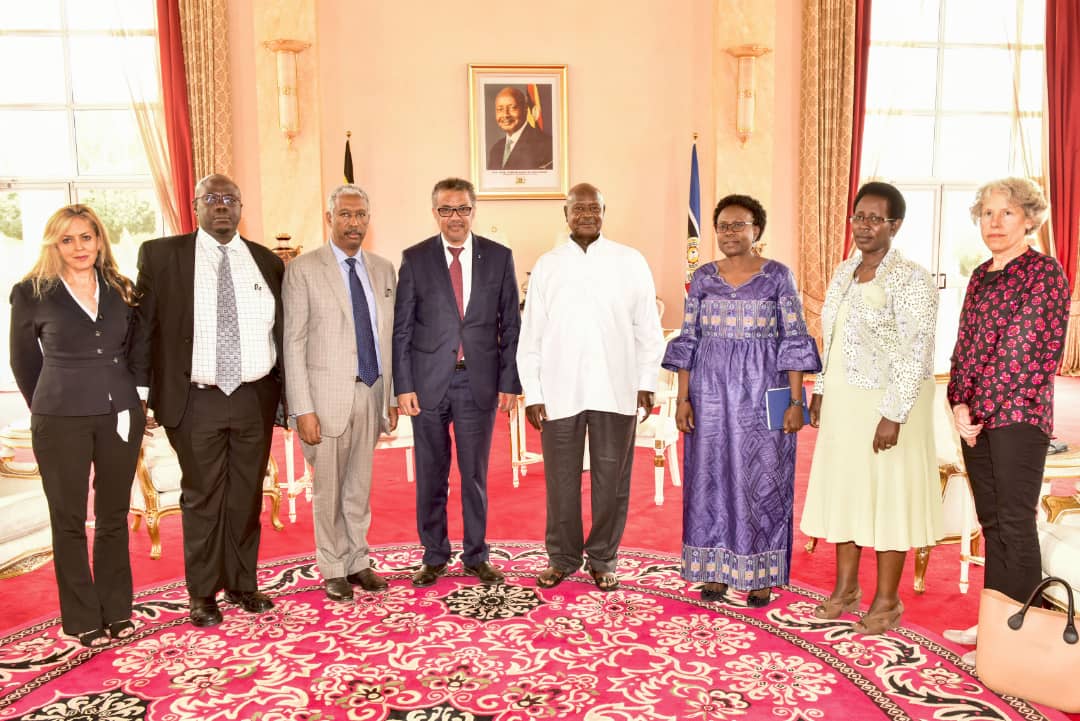 President Yoweri Museveni has said that the Government of Uganda is containing Ebola just like it has been able to control terrorism over the years.

The President was today speaking during a meeting at State House, Entebbe with World Health Organization (WHO) Director General, Dr. Tedros Adhanom who is in Uganda to assess the Ebola situation.

President Museveni said that the government of neighbouring Democratic Republic of Congo (DRC) must also deal with the security situation in the Eastern part of that country because the issue of security is one of the contributing factors to the spread of the Ebola disease.

The WHO Director revealed that the efficacy of the Ebola vaccine that was administered to the people that came in contact with Ebola victims, stands at 97.8% success which, he said, is deemed as very good in combating the threat.

He commended Uganda for always being prepared to contain Ebola outbreak whenever it crosses from the DRC. He thanked President Museveni for his support and focus on Primary health care at village level.

Dr. Adhanom proposed to President Museveni the idea of training health educators at parish levels in Uganda to sensitize and teach people about basic primary health care. He reiterated that this system was being used in Ethiopia and would go a long way to gradually help in reducing health costs.