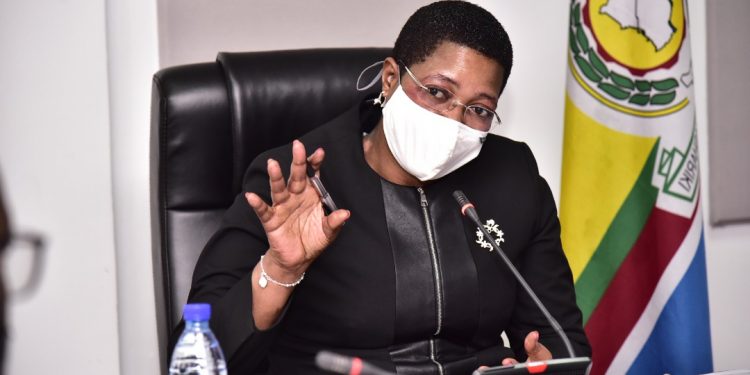 Deputy Speaker, Anita Among said that Rt Speaker of Parliament Jacob  Oulanyah has not been well for the last two weeks at Mulago hospital where he has been receiving treatment.

Anita said that during the period he was receiving medical attention from Mulago Hospital, the medical experts in consultations with his personal doctors decided to refer him out of Mulago to a specialized medical hospital for better attention.

Deputy Speaker, Anita Among rebuked negative speculations on the ailing health of Speaker of Parliament Jacob Oulanyah regarding them as the work of the devil.

She informed parliament that the speaker traveled outside the country for treatment on the 4th of February we pray he recovers faster and resumes his job.

Social media has been buzzing with speculations on the speaker  Oulanyah’s ailing health lately.

The Deputy Speaker informed Parliament that on 4th February Oulanyah traveled out of the country for treatment and his recovery is progressing steadily.

Among has disregarded speculations on social media about Oulanyah’s health and asked the public to pray for his quick recovery.

Thomas Tayebwa (Government Chief Whip) asked fellow MPs to join Among in praying for Oulanyah and thanked the Deputy Speaker for steering the House in the absence of the speaker and ensuring there isn’t a power vacuum in Parliament.

Members of Parliament also spoke out on the health state of the speaker Oulanyah and expressed their sympathies.