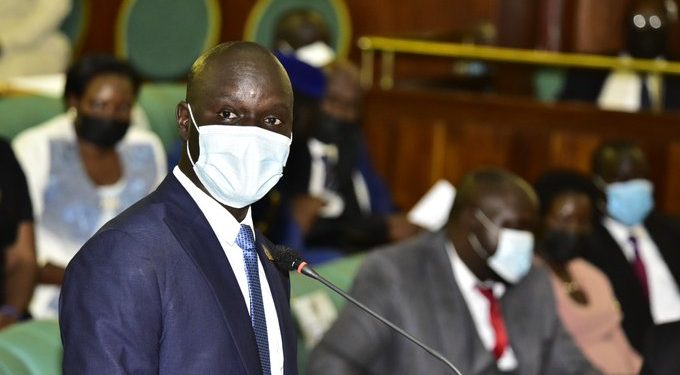 The Backbench Commissioner of Parliament Hon Francis Zaake has been sent to the Committee on Rules, Privileges, and Discipline for alleged misconduct and misbehavior.

During today’s plenary sitting, Members of Parliament accused Zaake of insulting the integrity of Parliament after he allegedly took to social media and used offensive language to express his dissatisfaction with Deputy Speaker Anita Among’s statement regarding his alleged torture.

Rising on a matter of national importance, member of parliament for Gulu West (Bardege-Layibi Division) Martin Ojara Mapenduzi a put parliament on notice to move a motion to have Zaake relieved of his duties as a commissioner for denigrating the integrity of Parliament and Office of the Speaker in breach of Rules 84 and 85 of the Rules of Procedure.

MPs expressed displeasure with Sake’s said unparliamentarily language on social media against the person of the Deputy Speaker was in bad faith and demeans the office of the Speaker and institution of parliament.

Soroti west city Jonathan Ebawalu said that any attack on the office of the speaker is an attack on the institution of parliament.

Amolatar woman Agness Atim APaa described Hon Zake’s comments as an attack on all women in the country.

Deputy Speaker, Anita Among referred the matter to the Committee on Rules, Privileges, and Discipline for further investigations.

When reached for comment, Zaake pleaded ignorant of the proceedings in parliament, saying he is not aware of anything because the opposition boycotted parliamentary sittings.

However, the Opposition was shocked to see a member of the shadow cabinet Martin Ojara Mapenduuzi spearheading the said motion to impeach the only opposition backbench commissioner Zaake.