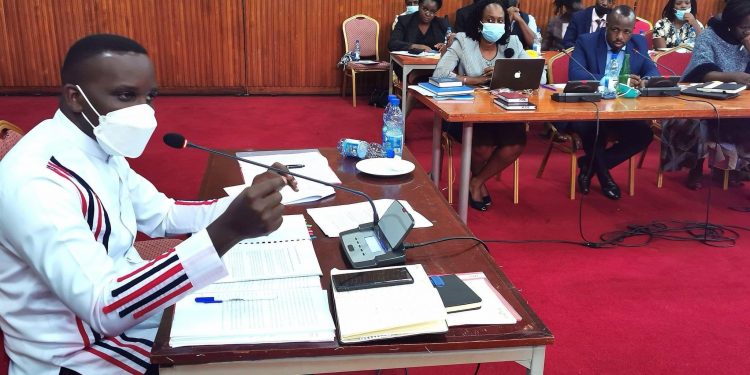 Legislators on Parliament’s Committee of Commissions Statutory Authorities and State Enterprises (COSASE) have grilled top management of Uganda Railway Corporation (URC) over failure to remit social savings to a tune of Shs2.8Bn, despite deducting the money from staff salaries.

While appearing before the Committee, Stanley Ssendegeya, Managing Director URC admitted that the Corporation hasn’t remitted NSSF for their staff for 2 years because the entity is short on cash, thus prompting Management to negotiate with NSSF to give management more time.

However, the remarks infuriated MPs who wondered who will incur the cost of interest URC staff are missing out on NSSF interests during these negotiations. They asked URC to instead negotiate with URA to halt remittance of PAYE in order to prioritize the welfare of workers first.

The Committee has also tasked URC management to sort out the issue of insurance of the four locomotives that were recently purchased at Shs48Bn, after learning that the new facilities aren’t insured.

MPs expressed fears that in case of an accident, passengers and customers of transported merchandise will be at a terrible loss with no hope of compensation.