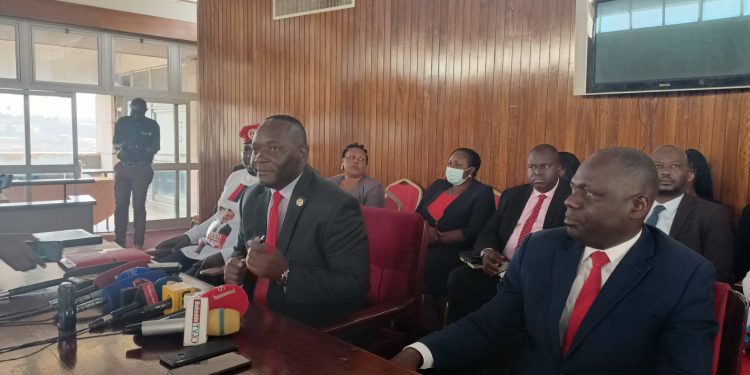 The leader of opposition Mathias Mpuuga has called off the opposition Boycott for parliamentary sittings which has been on for two weeks.

The opposition has now zeroed on a motion to demand thorough investigations into gross Human rights violations across the country.

After boycotting parliamentary sittings for two weeks in protest against continued human rights violations by security agencies, the leader of opposition Mathias Mpuuga has called off boycott today and rallied on opposition MPs to return to the house and serve their people.

Mpuuga told the press that they have worked on a motion demanding a thorough investigation into the countrywide violation of Human Rights which will be backed by the information they have collected from the public on issues of torture.

Opposition MPs believe the two weeks boycott has not been a waste of time,  mentioning interventions that the government has undertaken to address the spate of human rights violations including the Human Rights report which was tabled before parliament recently.

The opposition has also released the list of MPs who have signed on a motion to censure the minister of security Maj. Gen Jim Muhwezi indicates that over 20 opposition MPs have not appended their signatures on the motion which is expiring on Thursday.