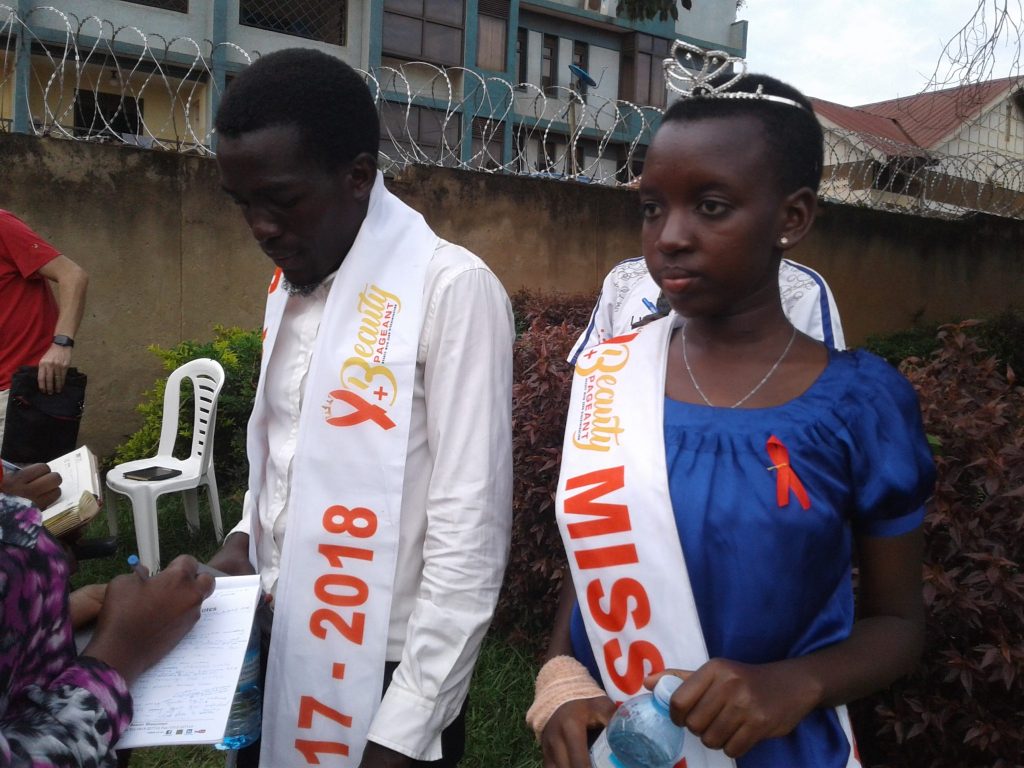 Young positives living with HIV/AIDS in Uganda are blaming the poor school policies in the country to be among the factors contributing to new HIV infections among adolescents.

Bonita Kyobutungi aged 15, a senior three student at BishopCypriano Kihangire located in Luzira and Godfrey Obua a peer supporter at reach out Mbuya who also doubles as a member of Uganda network of young people living with HIV aged 22 state that student living with HIV cannot freely disclose to their peers in school about their health status in fear of being dismissed and its upon this that the adolescents still going to school call for special policies that will address challenges among them being poor performance, school drop out among others in schools across the country.

Meanwhile, Dr. Christine Nabiryofrom UNFPA Uganda says, science have provided almost the needed information to society in terms of curbing HIV and now its upon individuals to take action in the fight against HIV/AIDS.

Still, Dr. Carol Nakazzi from the HIV coordination and prevention unit at the Uganda AIDS commission says a number of strategies are being implemented with the latest under trial being the pant condom designed to replace the female condom is said to offer more protection against HIV to females in the country.

According to the Uganda AIDS Commission report 2016, the country has lost close to 2 million people to the HIV epidemic, more than all post independence wars combined together. Currently, there are about 1.2 million Ugandans living with HIV. HIV remains a significant challenge to Uganda. Its effects on the economy and society remains unacceptably high with up to 83,000 having contracted the HIV in 2016 (227 infections per day and 9 infections per hour), while 28,000 died of HIV related illness in the same year (77 deaths per day). Young people, especially young women and girls are disproportionately affected. 60% of the deaths are men due their poor health seeking behavior. Men remain most affected due to their poor seeking behavior who then transmit the HIV infections to young girls.

While government has made great achievements, there are still several bottlenecks that it needs to jointly address including; reversing the 83,000 new HIV infections every year majority of which are among young people especially girls and 3,100 new HIV infections among children below 15 years. In 2015, it was estimated that 567 Young people aged between 15-24years get infected with HIV every week and of these 363 are Girls!  We also have to work hard to find, test and enroll an additional 300,000 people who have contracted HIV but are not aware.

Uganda has a predominately young population with adolescents constituting 24.3% of the population.  According to the Ministry of Health estimates for 2015, HIV incidence (number of new HIV infections) among adolescents remains high estimated at 11,026 (11.6%).  One in every four new infections among women 15-49 years in Uganda occurred in adolescents and young women aged 15-24 years (GAP Report 2014). Young women who have experienced intimate partner violence (IPV) were 50% more likely to have acquired HIV than women who had not experienced violence. In Uganda 3% of adolescent girls 15-19 years live with HIV and prevalence doubles [7.1%] by the time they are 24 years (UAIS, 2011).

The National HIV Strategic Plan (2015/16-2019/20) prioritizes adolescents and young people by recognizing the high burden of HIV among this age group and the underlying structural factors that act as drivers for new HIV infections. Adolescents are hence categorized as vulnerable populations in relation to acquiring new HIV infections.  There are also recognized unique barriers for demand and delivery of services to this category of the population.

The Government Has Refuted Reports of Importing Cuban Doctors

Uganda To Host The East Africa Energy and Infrastructure Summit