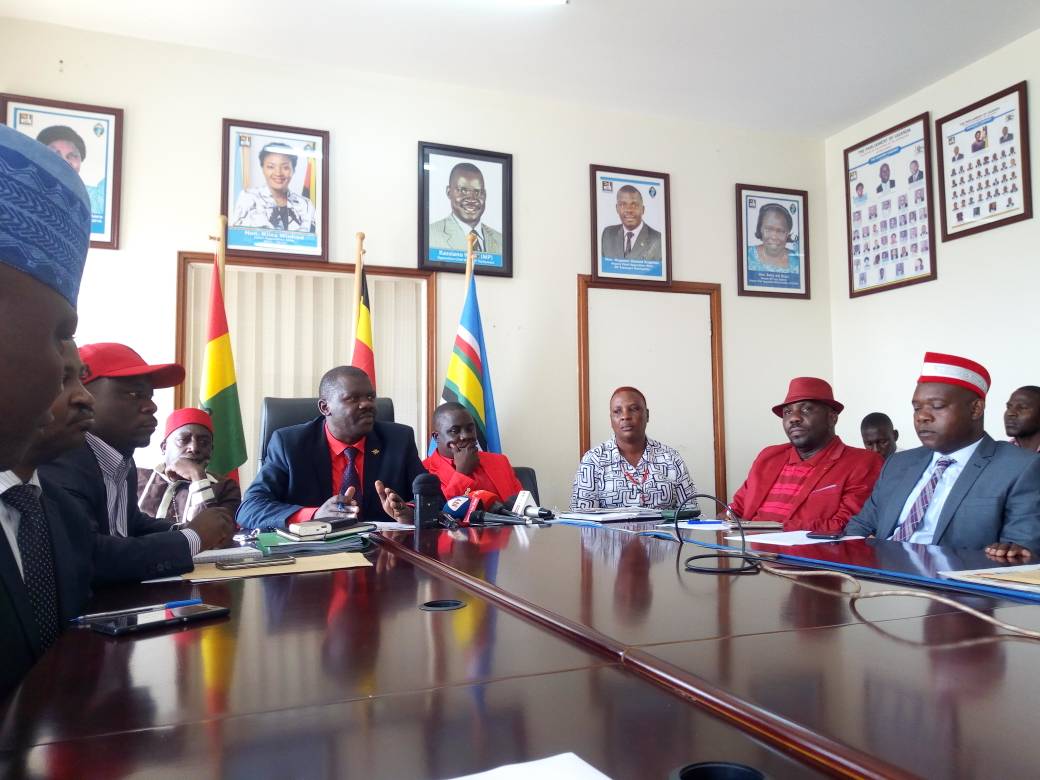 The opposition Members of parliament have set   next week as as anti Age limit week, popularly known as togikwatako as parliament is prepars to receive a report on   Presidential Age  limit bill  2017, from the Committee on legal and Parliamentary   affairs   chaired by west Budama MP Jacob Oboth Oboth.

The committee is currently at  Serena hotel in kiggo drafting a report on  The constitutional  Amendment Bill 2017 ,that seeks to remove Article 102 (B) to lift Presidential age limit from 75,despite the fact that other committee members are particpating in the east African parliamentary games in Aurusha  Tanzania and all the other  opposition MPs in Parliament  decided to abandon the exercise.

Addressing media  at parliament, the deputy opposition Chief whip and also MP Rukungiri Municipality, Roland Kaginda Mugume said  they have decided to declare next week as red or Togikwatako week so  that all Ugandans can  dress in red from Monday to Sunday to say no to the bill.

The constitution Amendment Bill 2017 ,seeks to remove Article 102 (B) of the constitution to lift Presidential age limit from 75.
Kaginda revealed that this campaign of togikwatako week is to be spear headed by Butambala county MP Muwnga Kivumbi.