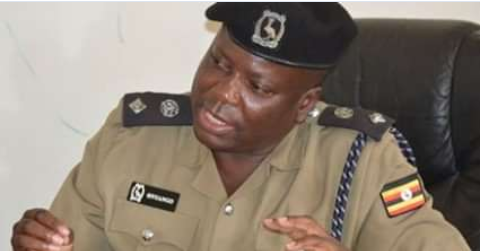 Police in Wakiso have shot and injured a defiant motor cyclist in Kisimbiri Trading Centre during an operation on implementation of presidential directives on Covid-19.

The boda boda Rider only identified as Vincent aged between 25 and 30  who is suspected to have been drunk, was shot on the left buttock last night.

It’s alleged that the victim attempted to knock Police Officers who were on duty several times but he failed and then grabbed One  PC  Kabos Isaac, assaulted him and in the process of rescuing  PC kabos, Wafula Stephen shot and  injured him.

Patrick Onyango the Kampala metropolitan police spokesperson says they have opened an assault case against Vincent. He assaulted a Police Officer.

“The victim was then rushed to Mulago hospital for treatment as we await to interview him to ascertain his real motive,” Onyango says

The police mouthpiece appeals to Members of the general public to respect security personnel on duty and obey their orders.