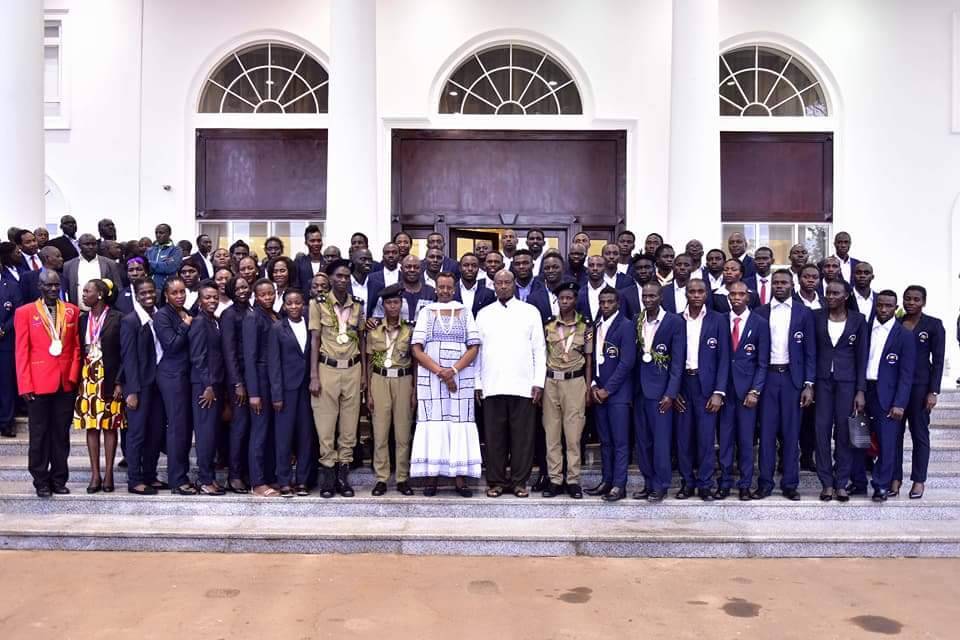 The Parliament of Uganda will on Tuesday honour Team Uganda that finished 15th at the just ended 2018 Gold Coast Commonwealth Games in Australia.Chris Obore, the director of Communication at Parliament confirmed the development to URN on Monday. ” The Ugandan team members will first have a luncheon in our canteen before they are ushered into the house where a motion will be moved to honour them,” added Obore.Double gold medalist at the Games Joshua Kiprui Cheptegei will lead the team which has not rested since return last Thursday from Gold Coast. On return the team was received by the First Lady and Minister of Education and Sports, Janet Kataaha Museveni after which they were hosted to a luncheon at the Imperial Hotel in Kampala. On Sunday President Yoweri Kaguta Museveni and Janet Kataaka Museveni hosted the team at State House Entebbe.Besides Cheptegei who won medals in the 5,000 and 10,000m respectively, Stella Chesang bagged the women’s 10,000m gold medal and Mercyline Chelangat bagged a bronze in the same race. Solomon Munyo Mutai picked a silver medal in marathon and boxer Juma Miiro won bronze medal in the 46-49kg weight category.Uganda sent a team of 69 athletes who participated in track and field events, Netball, Rugby, Table Tennis, Badminton, Squash, Swimming, Boxing, Weightlifting, Shooting and Cycling. However five athletes Regan Ssimbwa, Nasir Bashir (Boxing), Halima Nambozo (Table Tennis) and two weightlifters Irene Kasubo and Kalidi Batuusa disappeared in Australia during the Games.